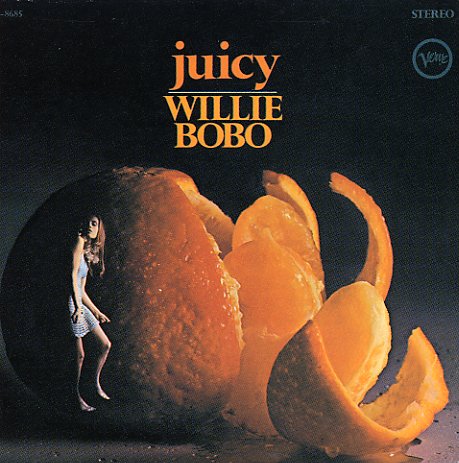 Hard soulful Latin from the great Willie Bobo! The record's an extremely tasty blend of cuts that mix hard Latin grooving with a swinging 60s pop feel – all filtered through the crossover genius of late 60s Verve. There's lots of great boogaloo groovers, shing-a-ling rhythms, and a tight no-nonsense approach to percussion – classic all the way! Titles include "Shing-a-Ling Baby", "Felicidad","Mating Call", "Roots", "Ain't Too Proud To Beg", "Mercy, Mercy, Mercy","La Descarga Del Bobo", "Juicy", "Roots", and "Music To Watch Girls By".  © 1996-2020, Dusty Groove, Inc.
(MGM stereo pressing. Vinyl has a mark that clicks on "Dreams". Cover has ring & edge wear, half split seams with tape remnants at the top, and an index label on the spine.)