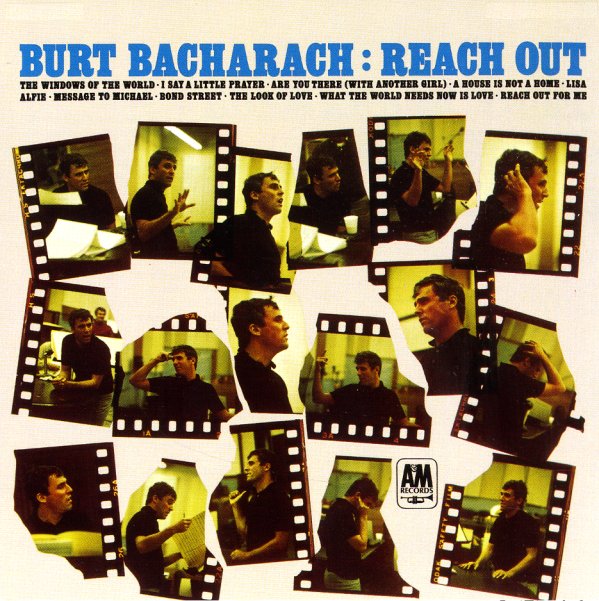 Fantastic! We love Burt Bacharach in so many ways that it's easy to forget the genius of these early A&M sides – but going back to them is always a treat, and it's wonderful to hear the way that Burt lays down his own work when given the chance! You know the tracks – "House Is Not A Home", "Bond Street", "Reach Out For Me", "Are You There", "Windows Of The World" – but you may not know the arrangements, which are superb – quite different than the more famous vocal versions you've probably heard ad infinitum, and recorded at a level that brings a whole new magic and majesty to 60s pop! An essential record for any fan of all things groovy – and an album of new pleasures each time we hear it!  © 1996-2022, Dusty Groove, Inc.
(Tan label stereo pressing. Cover has light wear.)

Make It Easy On Yourself
A&M, 1969. Near Mint-
LP...$4.99 6.99
Fantastic work by maestro Burt Bacharach – subtle genius, and an album that offers more to us every time we listen to it! Burt's work has been recorded by many – but few ever gave it the kind of treatment that he did – as you'll hear in this brilliant array of sweeping strings, ... LP, Vinyl record album