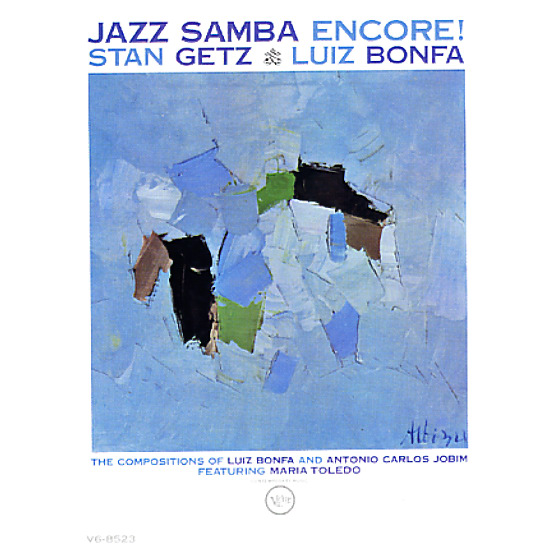 Hardly an "encore" of the first Stan Getz Jazz Samba album – as this set's got a slightly different feel, and lots of great elements that make it really unique! This time around, Brazilian musician Luiz Bonfa is on guitar – already a skilled proponent of the bossa by the time of the record, and arguably one of the few who really got it going back home in Rio. Stan's tenor sounds wonderful – as carefully and soufully blown as on the first set, but also with some new colors and tones too. Bonfa's wife Maria Toledo sings a bit on the record – hinting at Stan's work to come with Astrud Gilberto (this album was cut right before the Getz/Gilberto collaboration) – and the record also features added work on piano and guitar from the great Antonio Carlos Jobim – more than enough proof that the album's got a pure bossa pedigree! Titles include "Menina Flor", "Ebony Samba", "Saudade Vem Correndo", "Sambalero", "Samba De Duas Notas", and "Mania De Maria".  © 1996-2021, Dusty Groove, Inc.
(Mono MGM pressing. Cover has some wear and aging, with a small name in pen and a stain inside the gatefold.)