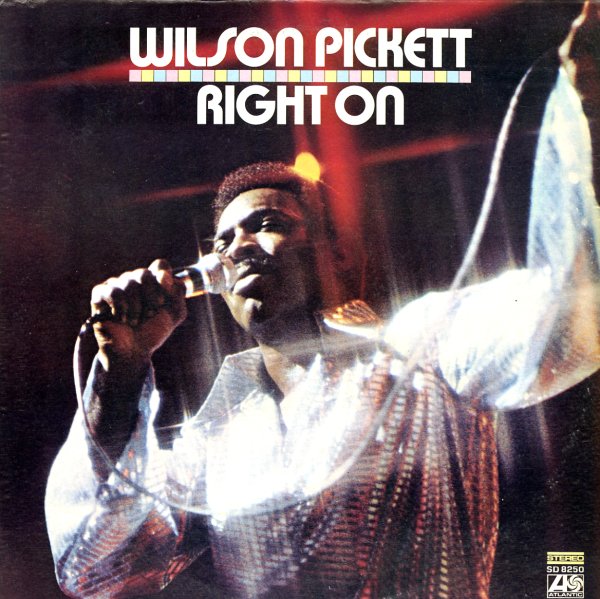 Damn funky work from Wilson Pickett – maybe his hardest-hitting album for Atlantic Records in the early years – and that's saying a lot, given the punch of his other records! The set's sharp and tight right from the start – mostly recorded in Miami with that new approach to southern soul that was brewing up in the Criteria Studios at the time – lots of emphasis on the rhythms, in a mode that would later break big at TK, but which is still handled here by players who made the trip down from Muscle Shoals! Wilson gets a bit of backing vocal help from a group that features Judy Clay and Cissy Houston – but honestly, it's his vocals that are right out in front of the mix all the way through – sounding bold, proud, and loud on tracks that include "Funky Way", "Steal Away", "Hey Joe", "Groovy Little Woman", "This Old Town", "Lord Pity Us All", "Woman Likes To Hear That", and "Sweet Inspiration".  © 1996-2022, Dusty Groove, Inc.
(Red and green 1841 BW pressing. Cover has light wear.)