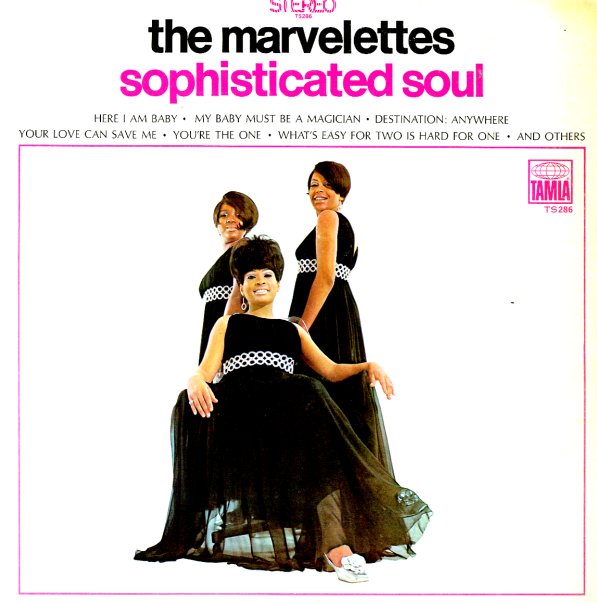 Sophisticated soul is right – as The Marvelettes were one of the groups who really helped give Motown a sense of class in the 60s – but who could also balance their sense of poise with some nice depth on their vocals! The album's a great one for the trio of Wanda Rogers, Anne Bogan, and Katherin Schaffner – and it's got a lot of original material that makes it a nice change from some of the other Motown albums that were a bit more heavy on covers. Titles include "My Baby Must Be A Magician", "Your Love Can Save Me", "What's Easy For Two Is Harder For One", "Here I Am Baby", and "You're The One For Me Bobby".  © 1996-2022, Dusty Groove, Inc.
(Stereo pressing with deep groove– a great copy! Cover has a tiny cut corner.)