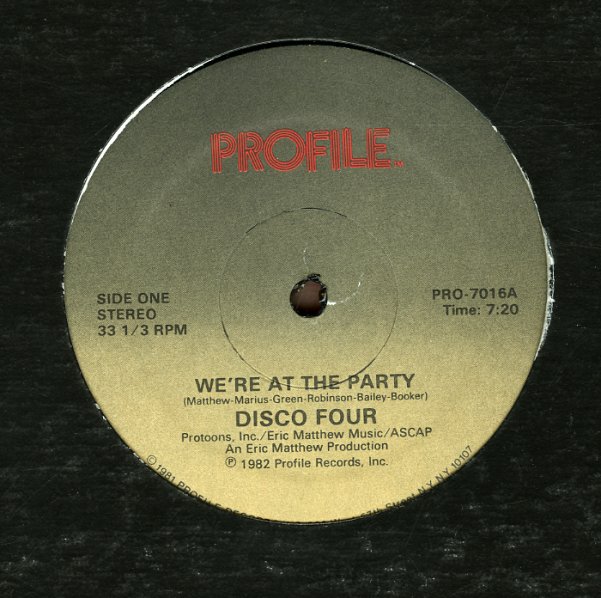 We're At The Party (voc, inst)

One More Shot (voc, inst)
Next Plateau, 1982. Very Good+
12-inch...$4.99
An early 80s electro track, from one of the architects of the sound, John Robie, who had a hand in a number of the early Afrika Bambataa singles as well Arthur Baker's breakdance classics. An uptempo track with loads of synthesizers, electronic drums, and that sort of 80s pop soul vocal that would ... 12-inch, Vinyl record