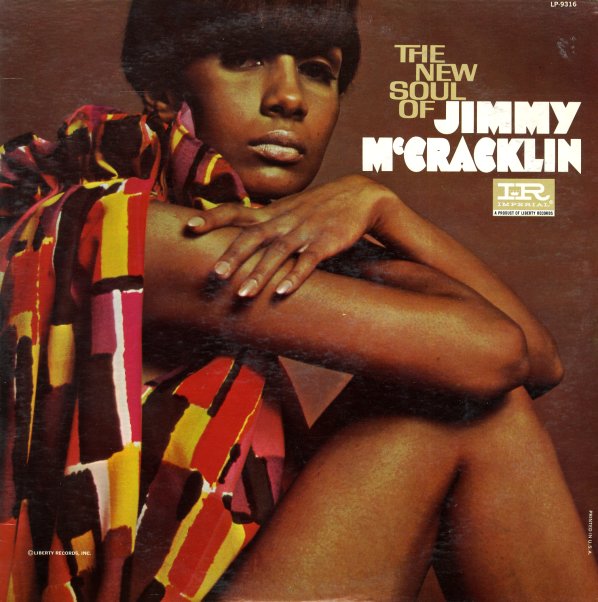 Raw hard soul by this great bluesy soul singer. Jimmy produced and arranged the whole thing, and he lays down a great batch of originals like "Come On Home", "Just Let Me Cry", "Self Experience", and "Thinking Back". Also with a cover of "These Boots Are Made for Walkin'".  © 1996-2021, Dusty Groove, Inc.
(Mono pressing with deep groove. Vinyl plays with crackles. Cover has a small peeled spot at the opening, some wear and aging, small split in the top seam, and a small stain on back.)

My Heart Sings
Imperial, Mid 60s. Very Good
LP...$4.99
A great little album of dramatic pop tunes – notable not only for Mel Carter's richly vibratic vocals, but also for sublime early production work by Nick DeCaro! Nick handled the arrangements with Jimmie Haskell and Harold Battiste, and the set's a gem that's right up there in the Gene ... LP, Vinyl record album

Hold Me,Thrill Me, Kiss Me
Imperial, 1965. Very Good+
LP...$14.99
Imperial LP built around Mel Carter's big 60's pop soul hit "Hold Me, Thrill Me, Kiss Me", with some arrangements by Nick De Caro, and a good LA 60's studio soul sound. Gene Page and HB Barnum did the arrangements on the other cuts, so you can guess how the groove's going to sound. ... LP, Vinyl record album

I'm Doin' Fine Now
Chelsea, 1972. Sealed
LP...$9.99
Man, that east coast harmony sound couldn't miss in the 70s – as proven by the huge AM radio success of New York City! The band wasn't the greatest harmony group in the world – although they did feature John Brown, who'd cut his teeth in the Five Satins – but when you teamed them ... LP, Vinyl record album