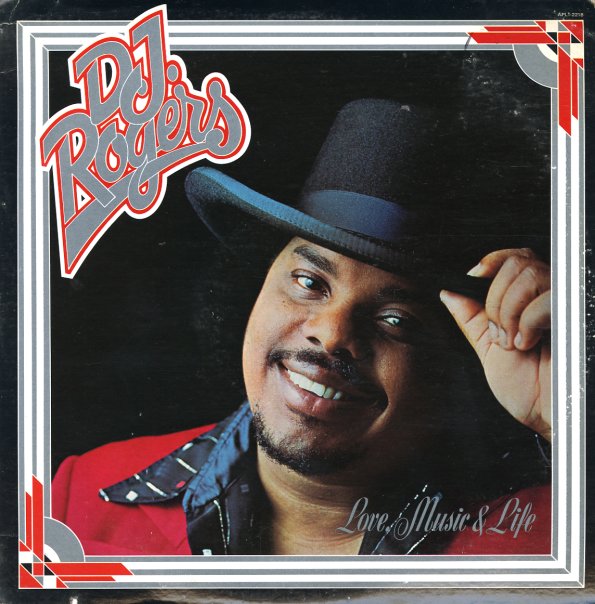 Like all of DJ's RCA LPs, this one's a very nice batch of smooth mellow soul, with tight arrangments that have DJ on electric piano and other keyboards, and singing in his beautiful rich voice. Titles include "Love Is All I Need", "Saved By Love", "Love Is On The Way", and "Love Will Make It Better". Fantastic stuff, and an overlooked mellow soul gem!  © 1996-2021, Dusty Groove, Inc.
(Cover has a cutout notch and is lightly stained and wavy at the sides.)

Trust Me
Columbia, 1979. Very Good+
LP...$7.99
Great stuff – and one of DJ Rogers' most perfectly realized albums! DJ's righteous approach from earlier records is firmly intact – but it's given a bit of a boost, in that perfect Columbia smooth modern mode of the late 70s, with a clear indication that Maurice White and the Kalimba ... LP, Vinyl record album