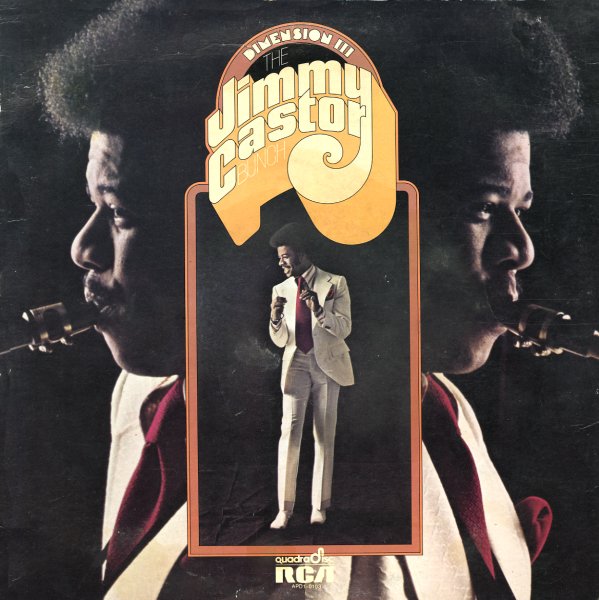 Three-dimensional magic from the great Jimmy Castor – an artist who'd already conquered the worlds of sweet soul, heavy funk, and Latin by the time of this release! Jimmy draws on all his rich background in the soul underground, and also seems to move with a new sort of sophistication, too – not in a way that's slick or commercial, but which shows Jimmy only deepening his ideas in the era of Marvin Gaye and Isaac Hayes – going for some bigger arrangements and ambitious production, while still staying true to his groovy self! There's a vibe to the record that almost reminds us of some of the creative productions that Harvey Fuqua was doing for RCA at the same time – with New Birth and The Nite-Liters – and Jimmy's maestro seems to be Gerald Thomas, who knows how to spin just the right mood for each different track. There's even a few instrumentals, which showcase Castor's great skills on tenor – ala Stanley Turrentine in a similar mode – and tracks include "How Beautiful You Are", "Helpless", "I'm Not A Child Anymore", "The Lone Ranger", "Revelation", "Whiter Shade of Pale", and the tasty "The Last Ole", which is sort of a rumbling sinister slow funk track.  © 1996-2021, Dusty Groove, Inc.
(Quadradisc pressing in the Unipak cover, with light wear and partially unglued bottom seam.)

Jimmy Castor Bunch
Cotillion, 1979. Near Mint-
LP...$9.99
Not one of Jimmy's strongest – kind of a batch of smooth tunes going for that bass-heavy early 80s approach to funk. Jimmy, as usual, plays a host of instruments and sings lead vocals – and he's got backup vocals on the album by The Chantels, who almost do a kind of Parlet kind of ... LP, Vinyl record album