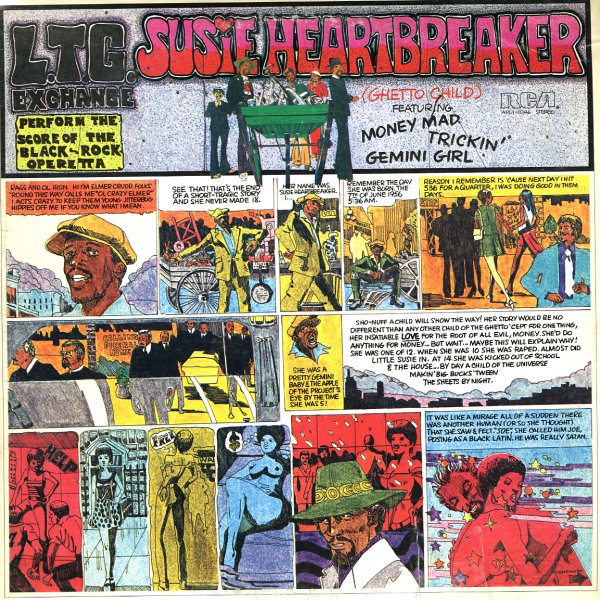 A pretty strange little album from LTG Exchange – a blend of Latin, funk, and soul – wrapped up in a comic-stripped cover that pushes the album as sort of a "black rock operetta"! The feel here is different than the group's earlier work – a bit more disco oriented, but also with touches of mid 70s Philly soul. Jerry Ross produced, John Davis arranged, and the set was recorded at Sigma Sound – and titles include "Cop & Blow World", "Trickin", "Sky High", "Satisfied With Your Love", and "Stone Broke".  © 1996-2022, Dusty Groove, Inc.
(Tan label pressing. Includes the printed inner sleeve. Cover has a cutout notch and sticker spot.)