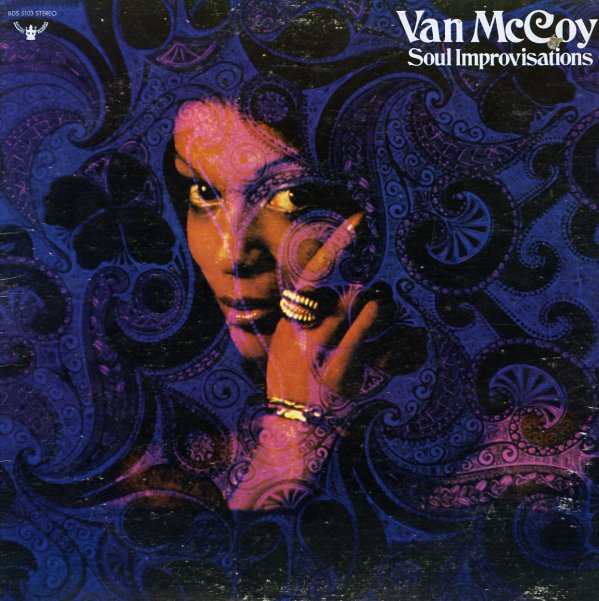 Fantastic early work by Van McCoy – recorded in the years before his "Hustle" hit, with a sweet east coast groove that's very much in the spirit of the best work he was doing for other folks at the time! The tracks have a warm and bubbling feel that's really great – sublime mellow soul, sung and arranged by Van with a style that's completely wonderful all the way through – and which makes for a great album with no filler at all! The set features the great 2-part instrumental "Soul Improvisations", which is nice and funky – plus the cuts "Don't Hang Me Up", "Now That You're Gone", "Let Me Down Easy", "I'm In Love With You Baby", "I Would Love To Love You", and "Just In Case".  © 1996-2021, Dusty Groove, Inc.
(Cover has light wear and a cutout notch.)

My Favorite Fantasy
MCA, 1978. Near Mint-
LP...$1.99
An excellent album of smooth soul tracks, and maybe Van's best record of the 70s! The record shows Van sitting at the piano in an intimate setting – ala Barry White – and it's got a similar Love Unlimited Orchestra approach, with much large backing behind Van's voice, and a very full ... LP, Vinyl record album

Black Motion Picture Experience
Buddah, 1973. Sealed
LP...$24.99
An album that tries to do a heck of a lot in such a short space – and turns out to be even better than you might guess! Few folks would try to take on the entire black motion picture experience of the 70s with a single record – but funky arranger Cecil Holmes does just that, and turns ... LP, Vinyl record album

Happy Feet
MCA, 1979. Near Mint-
LP...$7.99
Joyous, bouncy sounds from the legendary Al Hudson – a sweet little set with his Soul Partners group, done in a mode that's right up there with the best music of his One Way combo! The grooves are uptempo, yet are much more rooted in ensemble funk than some of the disco of Al's ... LP, Vinyl record album