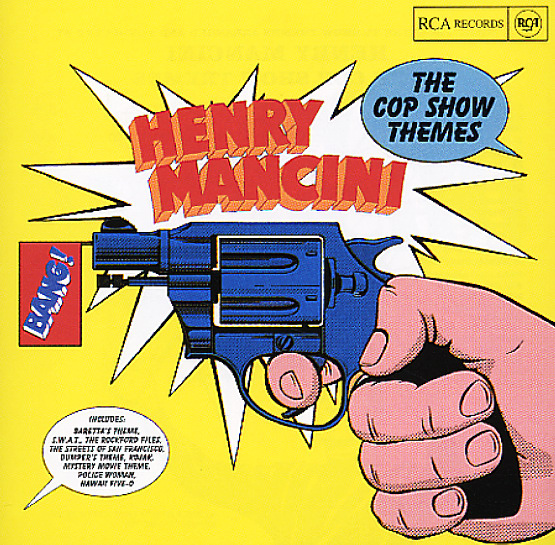 One of the funkiest albums ever from Henry Mancini – a brilliant reworking of hit 70s cop show themes, put together with a really jazzy groove! The group's a big one – filled with hip players who include Clare Fischer on organ, Artie Kane on electric piano and harpsichord, Don Menza on tenor, Lee Ritenour on guitar – all instruments that are used strongly to help kick things nicely on the set, with a vibe that's right up there with the best funky 70s soundtracks. Harvey Mason is on drums, bringing up the bottom a bit more than usual for Mancini – and the choice of material really makes the record cook – with tracks that include "Kojak", "SWAT", "Police Woman", "Rockford Files", "Hawaii Five O", "Streets Of San Francisco", "Bumper's Theme", and "Baretta's Theme".  © 1996-2022, Dusty Groove, Inc.
(Original black label pressing. Cover has some wear and aging, with 4 inch seam splits.)