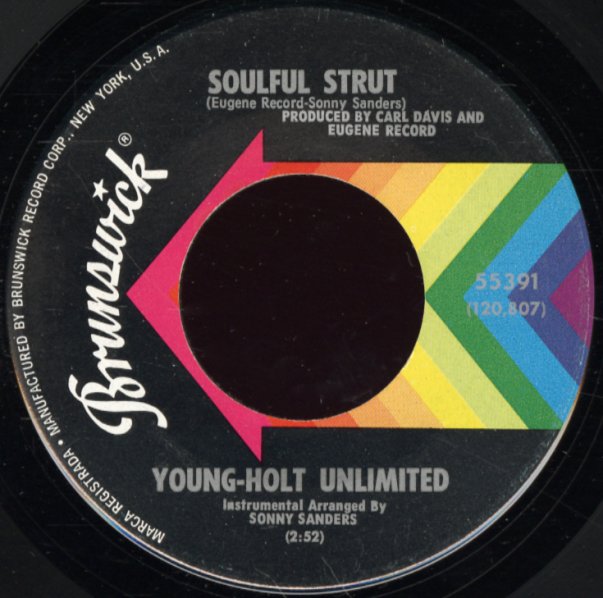 Massive work from Young Holt Unlimited! "Soulful Strut" is still one of the group's best grooves – a fierce little tune that jogs, jumps, and has some wickedly funky piano – all that, and sampled by the Beasties, too! "Country Slicker Joe" is an LP cut, and has a nice goofy sound to it – but still pretty darn soulful, and in the group's best spirit!  © 1996-2022, Dusty Groove, Inc.
(Label has light wear and a name in pen.)