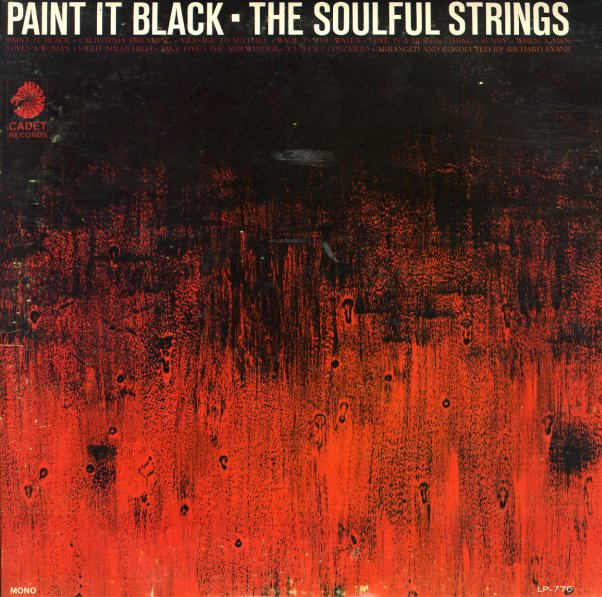 One of the better albums by this great Chicago soul studio group – but all of them are pretty nice! The great Richard Evans is still at the head of The Strings, and the album features solo work by Charles Stepney and Lennie Druss, in a cool breezy Chess/Cadet soul jazz kind of mode. The group runs through jazz standards like "Take Five" and "Sidewinder", plus some pop and soul tracks like "Sunny", "Eight Miles High", "Lover's Concerto", and "Paint It Black". A bit funky, a bit groovy, and some nice instrumental tracks from the legendary Cadet studios!  © 1996-2023, Dusty Groove, Inc.
(Blue fade label mono pressing.)

Teardrops In The Rain
Cadet, Early 60s/1972. Near Mint-
LP...$9.99 13.99
A repackaged version of Johnny Nash's earlier Chess album – Composer's Choice – given a sexier early 70s look, clearly to cash in on his big hit at the time. The tracks are older material with a nice jazzy feel, and although the record sounds nothing like Johnny's 70s work, it is a ... LP, Vinyl record album