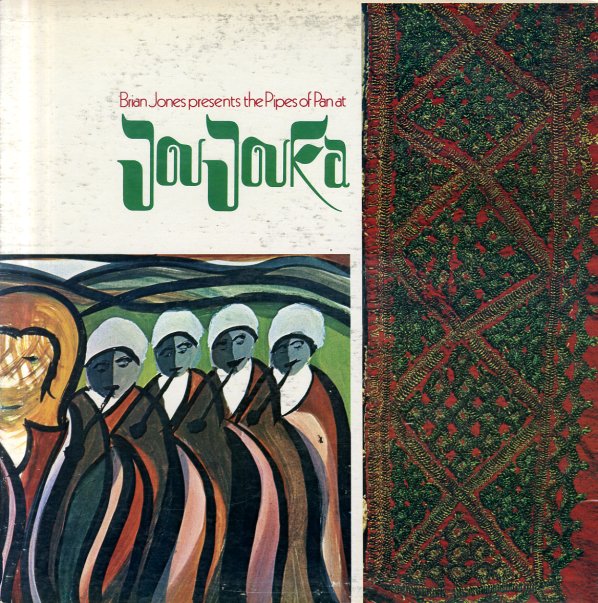 Brian Jones Presents The Pipes Of Pan At JouJouka

Back before he was found floating face-down in a swimming pool, ex- (or late-) Stones member Brian Jones put together this landmark bit of trippiness for the Rolling Stones label. Although the music is largely ethnographic, the whole thing's got this neo-colonialist hipster edge to it – as Brion Gysin wrote the liner notes, Jones wrote an introduction (and included his picture), and the whole thing was made possible by the presence of British junkies in Morrocco. The music is very trippy and trance-like, with lots of pinched reed sounds and haunting throbbing pulsing. Wild stuff, and a cool cross-pollination of cultures.  © 1996-2020, Dusty Groove, Inc.
(In great shape with minimal wear and aging, including the insert!)