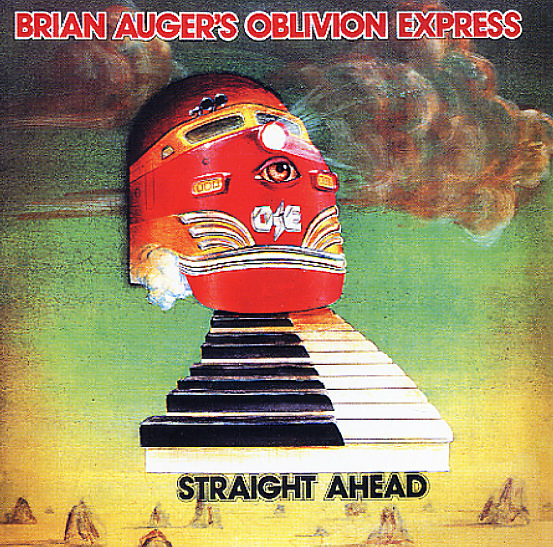 Long lean groovers from Brian Auger and the Oblivion Express group – recorded with a slightly freer feel than some of the group's earlier albums, and an approach that has them stretching out nicely! Brian still sings a bit on some tracks, but there seems to be more of a focus than before on the keyboards – that nicely compressed Auger use of Hammond and electric piano that actually went onto influence a fair bit of American players at the time, in the way that Auger himself had been influenced before by their own earlier work. Rhythms are great throughout – making all tracks funky, in a laidback sort of way – and titles include a remake of "Bumpin' On Sunset", one of the band's best tracks, plus "Change", "Beginning Again", "You'll Stay In My Heart", and "Straight Ahead".  © 1996-2021, Dusty Groove, Inc.
(Black label pressing. Cover has light wear and a small peel spot from sticker removal.)