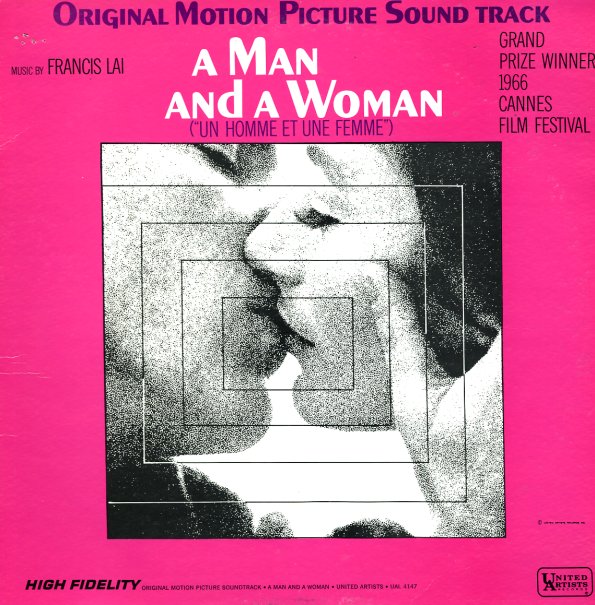 One of the greatest soundtracks ever – an archetypal album from French composer Francis Lai, and a record that set the tone for countless other imitations to come – yet which is still the best! The groove here is really unique – a spare blend of bossa influences, jazzy organ lines, and wordless vocals that are sung beautifully by French singers Nicole Croisille and Pierre Barouh – and although a mainstream success, the record was the initial force behind the legendary Saravah imprint that Barouh would form later, to record a wide range of groundbreaking work in a variety of genres. But history aside, the music here is plenty – and from the very first note the whole soundtrack grabs you with a sense of warmth and sentiment that defy description – modes never heard before in the soundtrack world, and which really broke the mold from Hollywood conventions! Titles include the seminal bossa number "Samba Saravah", plus "A Man & A Woman", "Today It's You", "In Our Shadow", "At 200 MPH", and "Stronger Than Us".  © 1996-2021, Dusty Groove, Inc.
(Original US stereo pressing.)

Spy Who Loved Me
United Artists, 1977. Very Good+
LP...$2.99
Carly Simon makes a big appearance here – singing the hit title track "Nobody Does It Better" – one of the highest-charting Bond film tunes of the 70s! But our favorites are the instrumental songs – handled by Marvin Hamlisch here with a sound that's perhaps a bit more ... LP, Vinyl record album

Harmagedon
Canyon (Japan), 1983. Very Good+
LP...$23.99
The Japanese version of this score – music by Nozomu Aoki, supervised by Keith Emerson, who also plays a lot of keyboards – and vocals from Rosemary Butler on one track! LP, Vinyl record album