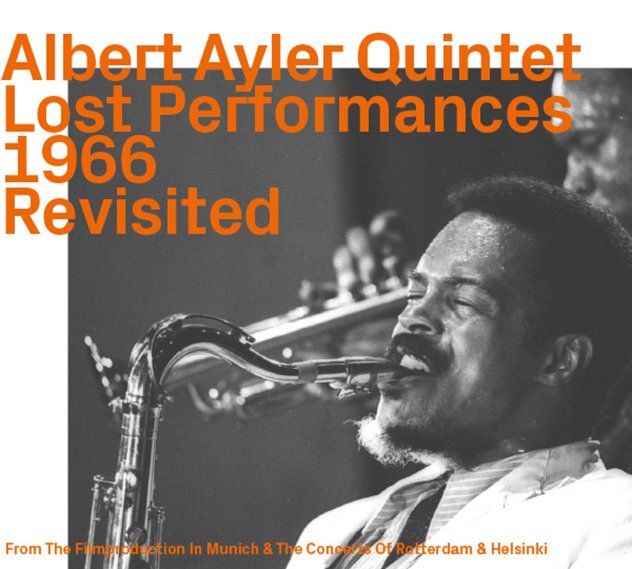 A really wonderful addition to the too-small body of work left behind by the great Albert Ayler – a set that brings together some really obscure performances done during a visit to Europe in 1966! We're not sure these have ever appeared elsewhere – at least that we can find in digging around ourselves – and the first three tracks on the set are especially nice, done for a film production in Munich, with variations on "Ghosts", "Our Prayer", and "Infinite Spirit" – all done in shortish takes that really focus on the "tune" more than longer live ones. And if you like the latter, don't worry – as there's plenty of that here too – served up on concert performances in Rotterdam and Helsinki from November of 1966 – with Ayler on tenor, Don Ayler on trumpet, Michel Samson on violin, William Folwell on bass, and Beaver Harris on drums. These live selections include "Bells/Infinite Spirit", "Prophet", "Truth Is Marching In", "Change Has Come", and "Divine Peace Maker".  © 1996-2023, Dusty Groove, Inc.