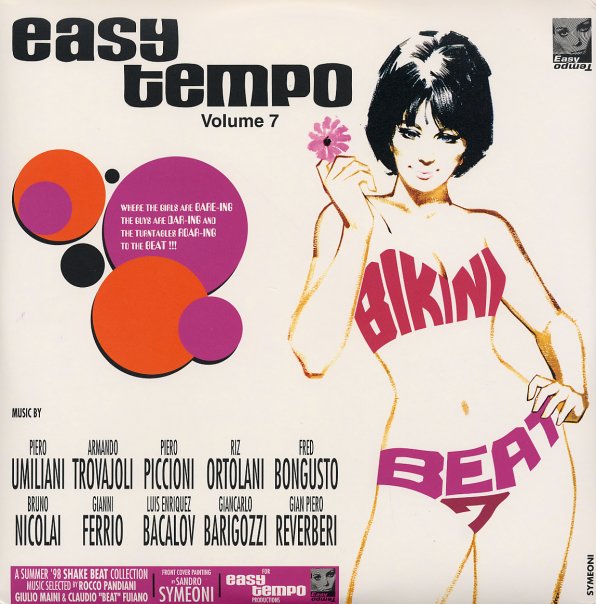 The bikini beat is a great one here – no simple beach music classics, but a range of mod groovers from the classic years of the Italian soundtrack scene! This volume is heavy on electric elements – fuzzy guitars, keyboards, and more – all filtered nicely through a range of rhythms from the 60s and the 70s – bossa, jazzy, and funky – filled with amazing twists and turns throughout! The double-length collection is a treasure through and through – easily one of the greatest soundtrack sets we could have hoped for. Tracks include "Teresa L'Illusa" by Riz Ortolani, "Malizie Di Venere" by Gianpiero Reverberi, "Spy Chase" by Bruno Nicolai, "Airport Rock" by Barigozzi Group, "Shake 2000" by Piero Piccioni, "Amanda Blues" by Gianni Ferrio, "Un Detective" by Fred Bongusto, "Katmandu" by Piero Piccioni, "Theme" by Armando Trovajoli, and "La Bambolona" by Luis Bacalov.  © 1996-2022, Dusty Groove, Inc.
(Newly remastered edition!)