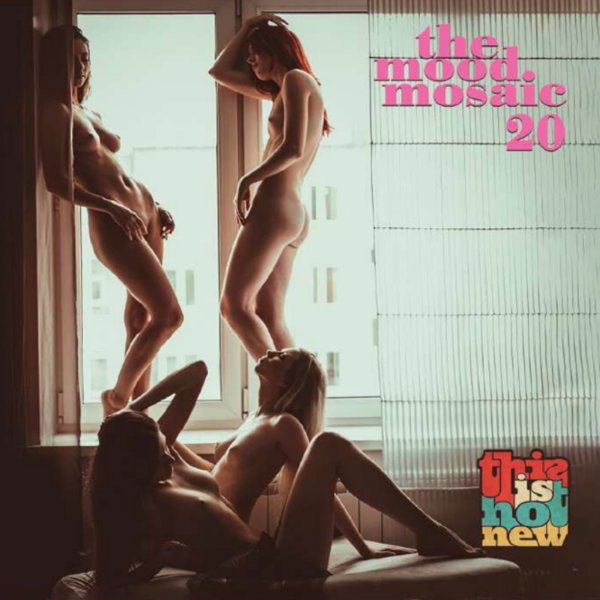 Mood Mosaic Vol 20 – This Is Not New (with poster)

The mood here is pretty darn groovy – so much so, it will help you get past the gratuitous image of naked women on the cover! Just keep your clothes on, and enjoy the wonderful selection of cuts within – funky numbers from a variety of genres – jazz, soul, easy listening, and other odd sources – brought together in a collection of cuts that more than lives up to the genius of this long-running series! As with previous volumes, there's no set style, just a batch of cool cuts in pursuit of all things groovy – as you'll hear on titles that include "Cool Echo" by Piet Van Meren, "Pink Movement" by Experience, "Disco Tek" by Syd Dale, "Stepping Stones" by Johnny Harris, "Chica Boom" by Jimmie & Vella, "All I Dream" by Estelle Leavitt, "Use Me" by Kimiko Kasai, "Get Off The Streets Y'All" by Eric & The Vikings, "Damn Somebody Stole My Pants" by Leroy Vinnegar, "Tuane" by Hammer, "Romantic Attitude" by John Fitch, and "Land Of 1000 Dances" by Nino & April.  © 1996-2023, Dusty Groove, Inc.

Mood Mosaic Vol 19 – Free Form
Mood Mosaic (Italy), Late 60s/Early 70s. New Copy 2LP
LP...$36.99 (CD...$16.99)
The cover's a bit cheesy, but the grooves are great – very much what we've come to expect from this long-running series that always serves up some great funky tracks! Mood Mosaic's been around for a long time, and they've got a great reputation for mixing together tracks you might not ... LP, Vinyl record album

Cosmic Disco Machine Vol 4 – Some Other Kind Of Disco Grooves From 70s & 80s (white vinyl pressing)
Cosmic Disco Machine (Italy), Late 70s/Early 80s. New Copy
LP...$30.99 34.99
A really great little compilation, and one that looks at the big use of electronics on the Italian scene of the disco years! The groove here is almost an extrapolation of the sorts of electronics that were used in the German scene of the mid 70s, such as work done by Giorgio Moroder – but ... LP, Vinyl record album