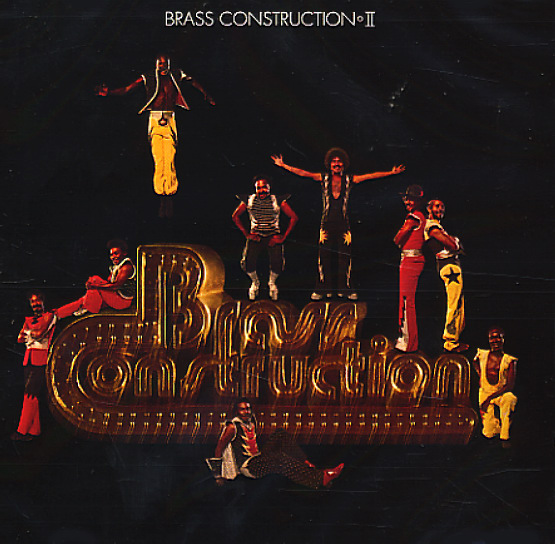 The second album from Brass Construction – heavy horns, basslines, and stellar dancefloor grooves – a stone classic! The first one was totally great, but they cast a wider stylistic claim on II – their trademark funky sound is still very firmly in place, but they bring more to the plate. The rhythms and percussion have a more globally steeped flare at points on the album, and there's a more smoldering, slightly mellower vibe on some tracks, without sacrificing the funk. The whole thing's fused together wonderfully – with the larger group moving with the energy a much smaller combo – and titles include "Sambo", "Screwed", "Get To The Point", "What's On Your Mind", and "Now Is Tomorrow".  © 1996-2022, Dusty Groove, Inc.
(Includes the printed inner sleeve. Cover has a cut corner, faint ring wear.)