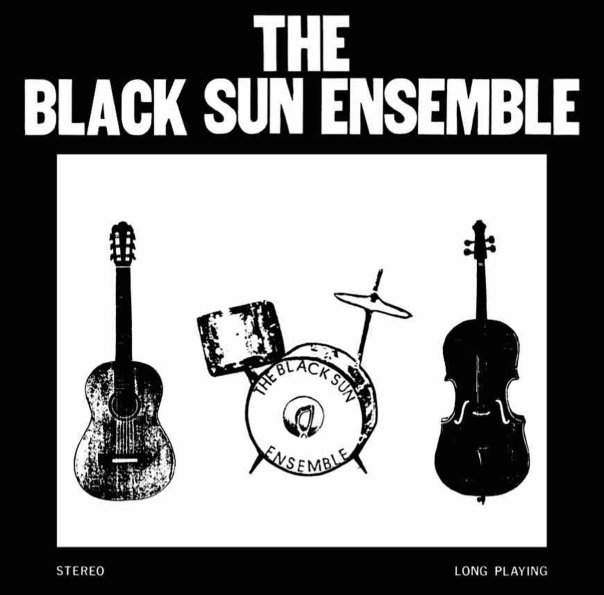 Mindblowing work from the American underground of the 80s – served up by one of the few truly committed psych bands, at a time when everyone else was just waving flowers and paisley, pretending they were part of a psych revival! These guys are the real deal – long guitar lines that are in the best mode of styles that Spacemen 3 were still waiting to serve up on record – lots of fuzz, drone, and modal elements that feel borrowed from more exotic climes – served up with a spare, no-nonsense approach that's completely mesmerizing throughout! There's occasional acoustic elements too – echoing the Sandy Bull generation – and titles include "Blue Thunder", "Ice Breaker", "Dove Of The Desert", "Heart Of The Sky", "Mayan Dance", "A Chunk Of Mandolin Love", and "Cobracalia".  © 1996-2023, Dusty Groove, Inc.
(Limited to 150 hand numbered copies.)

Euphoria Blimp Works Presents Yama & The Karma Dusters – Up From the Sewers (transparent red vinyl)
Euphoria Blimp Works/Lion, Early 70s. New Copy (reissue)
LP...$27.99 29.99 (CD...$8.99)
A pretty heady group from the Chicago scene at the start of the 70s – an unusual combo who make music that's a bit freak, a bit fuzz, and a bit folk – almost always with a strongly political vibe! The group were formed in the wake of the Kent State Massacre, and have a very communal ... LP, Vinyl record album

Souls Of Inspyration (orange vinyl pressing)
Columbia/Lion, 1970. New Copy (reissue)
LP...$22.99 24.99
The only album ever recorded by this obscure Canadian group – and a pretty darn great mix of hard rock influences and hippy, dippier touches! The group use Hammond organ as much as guitar on most of the tracks – creating a sound that's swirling, building, and almost spiritual at times ... LP, Vinyl record album

Antorcha (plus poster)
Vam (Mexico), 1976. New Copy Gatefold (reissue)
LP...$11.99
A great mid 70s record by Antorcha – whose late 60s records as Las Antorchas were a great mix of styles – from beat, to garage, mod and psych – and by this point in the mid 70s, shortened their name and honed their groove into heavier, moodier style that's even better! Heavy ... LP, Vinyl record album

Constant Sound
Lysergic Sound, 1968. New Copy (reissue)
LP...$19.99 20.99
One of those super-rare albums that never went beyond the stage of being a demo, yet which has gone on to be the stuff of legend over the years – maybe in part because it was later discovered to be an obscure side project by the legendary Wrecking Crew of LA 60s studio fame! The approach ... LP, Vinyl record album

Ceptic Frog
Lion, Late 60s. New Copy
LP...$30.99 31.99
A very heady batch of tracks from a young South African group – one who are working in acid-drenched territory years before the bigger fusions of the Zamrock generation – with a raw sound and very trippy vibe, and music that's overflowing in fuzzy guitar work! The music here was never ... LP, Vinyl record album

Rouen Dreams
Lion, 2019. New Copy
LP...$18.99 19.99
A record that's virtually impossible to describe in words – partly because it's got a trans-historical, trans-spatial sort of vibe – effortlessly filtering together the best roots of older French pop music, and combining them with a range of underground pop elements that reach out to ... LP, Vinyl record album