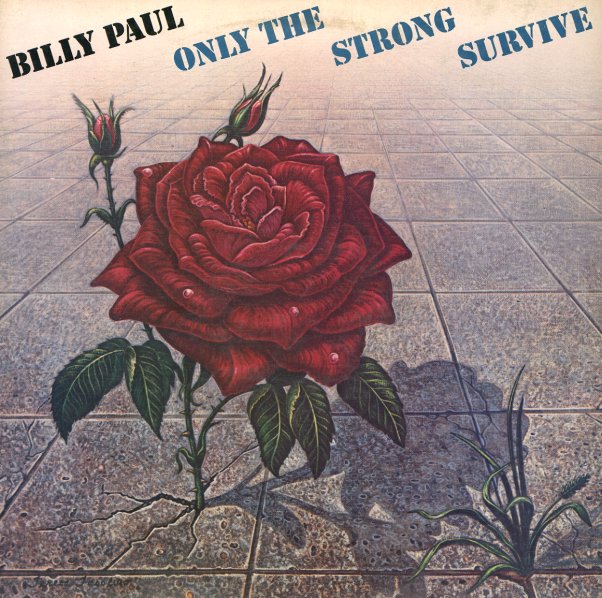 Only The Strong Survive

Although Jerry Butler had the first hit with "Only The Strong Survive" – way back in the late 60s, when Gamble & Huff were using his career to first forge their new ideas of Philly soul, Billy Paul does a great job with the cut here, taking it into a smooth modern mode that worked great in the clubs and on the radio. The rest of the record's great, too – and has a mellow sexy style that shows him moving past the early 70s years, but still keeping that frank and mature quality to his vocals that always made his work so compelling. Other tracks include "Everybody's Breaking Up", "The Times Of Our Lives", "Where I Belong", "Sooner Or Later", and a soulful version of "Takin' It To The Streets".  © 1996-2021, Dusty Groove, Inc.
(Includes the printed inner sleeve. Cover has light wear, a small tear on the bottom seam and initials in pen on the back and labels.)