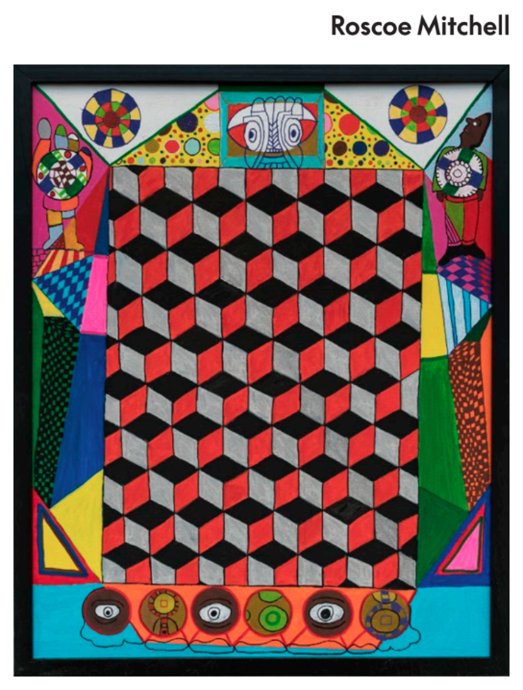 A long-overdue document of the artistic activity of Roscoe Mitchell – best known to most as a key member of both the AACM and Art Ensemble Of Chicago as a jazz musician, but a surprisingly accomplished painter too! Mitchell's artistic career is captured here in both distant chapters – his early work in the 60s, including a few famous paintings that ended up on album covers – and his more recent burst of visually creative activity in the past fifteen years, presented here in a stunning array of very vibrant images! The painting on the cover is just the tip of the iceberg – as the book features dozens of other artworks, in an edition that's 138 pages in length – complete with an interview with Mitchell on his creative activity too.  © 1996-2023, Dusty Groove, Inc.

IDM Definitive 1958 to 2018
Ele-King (Japan), 2022. New Copy
Book...$24.99 32.99
That's IDM, not EDM – a term used to apply to creative electronic projects of many flavors – summed up perfectly in this beautiful disc guide from Japan! The book features listings for hundreds of recordings – each with a small image of the album cover, dates of release, and ... Book

Ambient Definitive – Revised Edition
P-Vine (Japan), 2014. New Copy
Book...$24.99 32.99
A very cool book – and way different than you might expect from the title – as the discography doesn't only focus on contemporary ambient albums, but instead traces a history of moody sounds from the late 50s onwards! The publication is one of the most interesting Japanese ... Book

Hip Hop Definitive 1974 to 2017
Ele-King (Japan), 2022. New Copy book
Book...$24.99 32.99
A heavy-duty book that will really aid your digging for hip hop records – a disc guide from Japan, and one that's similar to so many of the jazz-based disc guides that have come out over the years! As with those, this one features hundreds of images of record covers, along with date, label, ... Book