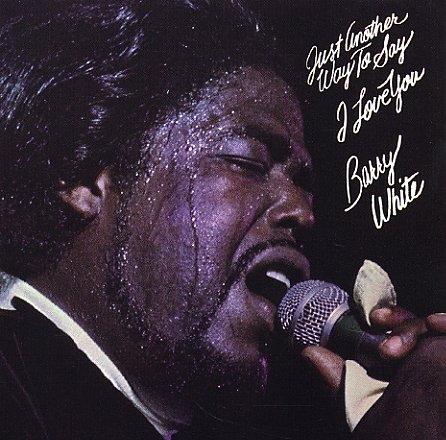 Just Another Way To Say I Love You

A great mid period sleeper from Barry White – and an album that's not as hit-heavy as his other work from the time, but still equally nice! The album's got a mellower groove than some of Barry's albums of the time – a laidback approach that's going more for an overall sound, and which tones down the beats and the hooks in favor of a more love-heavy sort of style! Barry's warmly seductive genius is beautifully cast in the album's sublime late nite mode – and comes out especially nicely on the classic 2-part "Love Serenade" – one of the moodiest, mellowest Barry White tunes ever! Other tracks include "Let Me Live My Life Lovin You Babe", "I'll Do For You Anything You Want Me To", "Heavenly, That's What You Are To Me" and "What Am I Gonna Do With You".  © 1996-2022, Dusty Groove, Inc.
(Cover has a cut corner and light corner bumps. Shrink has a small sticker remnant.)