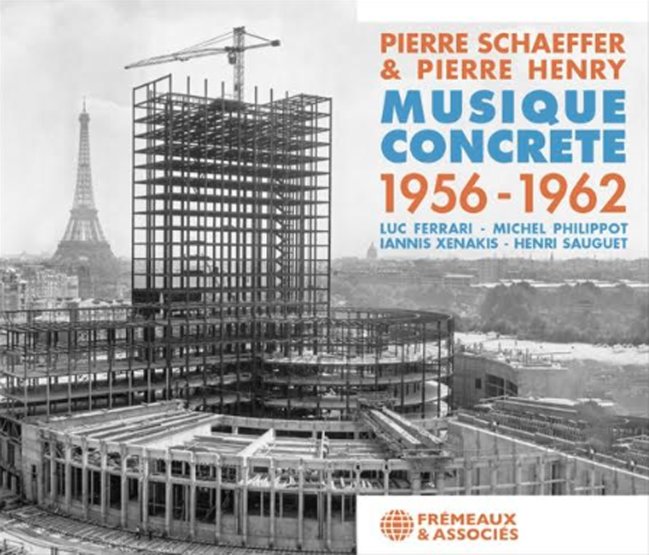 The birth of a key moment in avant garde music – served up here in a series of recordings that are nicely different than some of the other musique concrete material on the market! The package brings together some early "panorama" presentations of the work – two from the Club D'Essai program on French TV, with crucial work from Pierre Henry and Pierre Schaeffer, working in that blend of acoustic instruments with electronic results that seemed to grace so much of these early experiments! There's also contributions from Philippe Arthuys on one of the programs – and the set then moves onto CD2, which has even more variety in the music. The first section of CD2 features selections from a 1959 showcase of musique concrete by the Groupe De Recherces Musicales – with work by Iannis Xenakis, Henri Sauget, Luc Ferrari, Michel Philippot, and Schaeffer. The second part of that CD features the soundtrack to the film Malefices D'Henri Decoin by Pierre Henry – a selection of very cool songs!  © 1996-2023, Dusty Groove, Inc.

Hearing Music
Numero, Early 80s. New Copy 2 CDs
CD...$13.99 17.98
Beautiful sounds from Joanna Brouk – an artist who was sometimes lost amidst the new age scene of the 80s, but one who's got a much deeper, more intellectual approach overall! True, Brouk's music does have a certain meditative spirit – but she also was a student of Terry Riley and ... CD

Les Nouvelles Musiques De Chambre Vol 2
Sub Rosa/Modern Classics, 1989. New Copy
CD...$3.99 16.99
A split LP, and one that features wonderful sounds from each of the two artists – both of whom are very much working in the new chamber music style promised by the title! Gigi Masin begins the set with eight short tracks that mix piano with other subtle sonic touches, all in a way that's ... CD

Pierre Henry Collector
Universal (France), 2010s. New Copy
CD...$12.99 16.99 (LP...$29.99)
A mindblowing journey in sound – a dip into the archives of French composer Pierre Henry – the postwar master of electronics and musique concrete, and an artist who was still very active in the final years of his life! The material here was all either recorded or reworked in Henry's ... CD