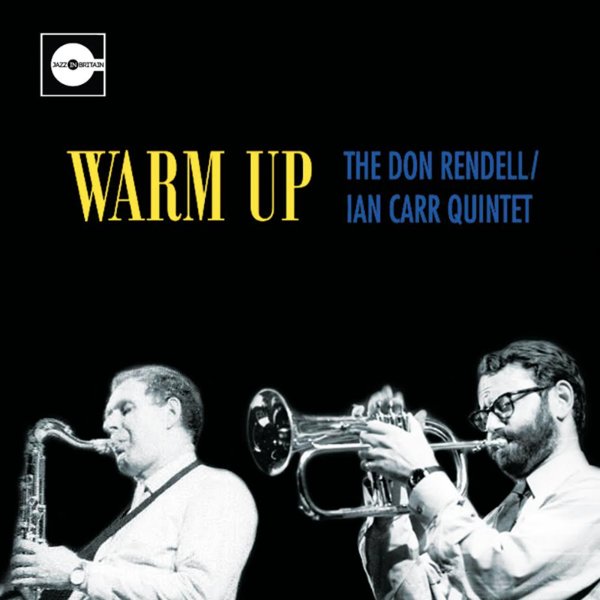 Warm Up – The Complete Live At The Highwayman

A legendary group from the British modern jazz scene of the 60s – captured here in all their young brilliance, in a double-length live date recorded between the space of their first two albums! We've raved about the partnership of trumpeter Ian Carr and saxophonist Don Rendell many times before, so they likely need no introduction here – yet there's also something special in this live date too – as it's got the group still working very much with their own music and new ideas, but in a way that's got maybe a slightly more down to earth quality too, maybe from the setting of the club. The whole lineup is great – and pianist Michael Garrick is a key member on both his instrument, and his contributions of key songs to the date – working alongside Carr on trumpet and flugelhorn, Rendell on tenor, soprano, and flute – and Dave Green on bass and Trevor Tomkins on drums. The package features a huge amount of notes, really giving background on all aspects of the recording – on titles that include "Ursula", "Promises", "Blues By Five", "Jonah & The Whale", "The Sixth Seal", "Shades Of Blue", "Hot Rod", and "No Blues".  © 1996-2023, Dusty Groove, Inc.
(Limited to 1000 copies.)

Fragment
Jazz In Britain (UK), 1975. New Copy
CD...$16.99 19.99
Blistering work from the British jazz scene of the mid 70s – a moment when there was still plenty of exciting music going on, if you just knew where to look! Pianist John Taylor works here with a fair bit of Fender Rhodes – using the instrument in these long blocks of sound that are ... CD

Complete Hopbine '69
Jazz In Britain (UK), 1969. New Copy 2CD
CD...$19.99 28.99
There's been a number of live performances by tenor great Tubby Hayes at the Hopbine club over the years – but this is the first-ever appearance of this 1969 concert – a great addition to Tubby's too-small catalog in these later years! The tracks are long and extremely vibrant – ... CD