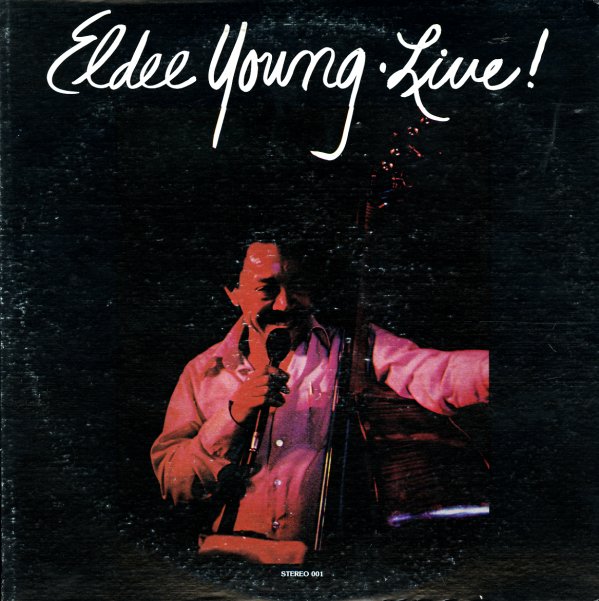 An obscure live album from bassist Eldee Young – once part of the Ramsey Lewis trio, and a ke component of Young-Holt Unlimited! The set mixes straight jazz with some of the funkiness of the Young/Holt recordings – Young's joined by Ken Chaney, who often played keyboards with the Young/Holt group, and the session's got additional percussion by Yeshwua Ben Israel, and reed playing by Ari Brown – who was a member of The Awakening! Tracks include "Big Fat Woman", "Eleanor Rigby", and "Nature Boy".  © 1996-2021, Dusty Groove, Inc.
(Cover has some light wear.)

Birth Of A Band
Mercury, Late 50s. Very Good+
LP...$19.99
A very swingin, very groovy early album from Quincy – one that's clearly in the big band mode, but handled with soulful touches that really set it apart from the genre! The band is a great one all the way through – and the album features solos by Zoot Sims, Jerome Richardson, Phil ... LP, Vinyl record album

Mercy, Mercy, Mercy!
Capitol, 1966. Very Good+
LP...$16.99
If the 60's ever had a "hit" jazz record, it was probably this one! The album's a sparkling live session featuring the trademark soul jazz sounds of the Cannonball Adderley group with Joe Zawinul on acoustic and electric piano, and brother Nat Adderley on cornet. The tracks have a long ... LP, Vinyl record album

Black & Blue
Philadelphia International, 1973. Very Good+ Gatefold
LP...$14.99 (CD...$19.99)
Classic Philly soul from Harold Melvin & The Blue Notes – a killer batch of studio tracks, despite the live image of the group on the cover! The album's got a slightly more expansive feel than some of the other Teddy Pendergrass-era albums by The Blue Notes – almost a mini-symphony ... LP, Vinyl record album

Super Bad
K-Tel, 1973. Very Good
LP...$5.99
One of the few things K-Tel ever got right was the seventies soul compilation – even though they only included shorter versions of the tunes, mostly 7" versions. This classic, once available on TV, contains the cuts Honey Cone "Want Ads", Main Ingredient "Everybody Plays ... LP, Vinyl record album

Oasis
Atlantic, 1988. Near Mint-
LP...$9.99
Roberta Flack sounding freshly inspired in the late 80s – her first new album in years – and it's a really strong one! The first thing that jumps out at us is how wonderful her voice continues to be –she's recognizable from the first syllable, and it's right it home with a ... LP, Vinyl record album