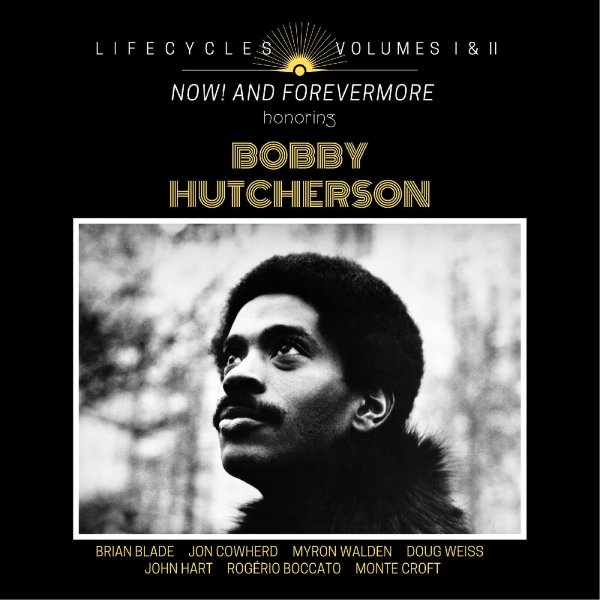 A sublime tribute to the music of Bobby Hutcherson – put together by drummer Brian Blade with a group that really lives up to the soulful spirit of some of Bobby's best Blue Note material of the early 70s! Monte Croft is on vibes, and really gets that sense of color right that we love in Hutcherson's music – yet the record also has a nice sense of flavor of its own – thanks to strong use of congas from Rogerio Boccato, guitar from John Hart, and some especially nice flute, tenor, and alto from Myron Walden. John Cowherd colors in things nicely on piano and Wurlitzer piano, Doug Weiss plays bass, and titles include "Now", "Black Heroes", "The Final Four", "Love & Hate", "Hello To The Wind", and "Slow Change".  © 1996-2023, Dusty Groove, Inc.