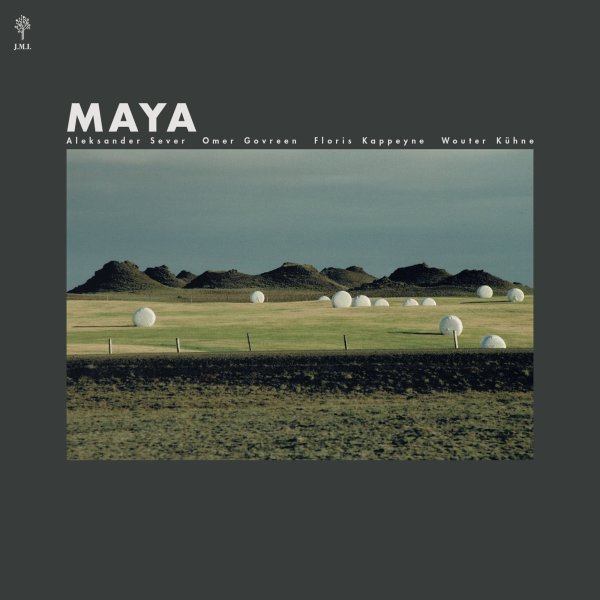 A quartet session that mixes vibes and piano – the former from Aleksander Sever, the latter from Floris Kappeyne – but in a way that's nicely different from any sort of historical precedents – such as work from the MJQ or George Shearing, and maybe even more recent recordings from duos like Joe Locke and Kenny Barron! There's a round sort of warmth going on here – a flow that's maybe directed first by piano, then followed by the vibes – and driven equally by the richness of the rhythm work of Omer Govreen on bass and Wouter Kuhne on drums, both players who give the record a dynamic energy that's a really nice change from some of the colder, gentler efforts that might feature vibes and piano. As with other albums on the JMI label, the recording quality really brings out a great deal of color in the performance – on titles that include "Tired", "Trust", "God's Word", "Maya", "Heal", "Fragility", and "Inwoods".  © 1996-2023, Dusty Groove, Inc.

Dear Bossa
JMI, 2022. New Copy Gatefold
LP...$19.99 29.99
Not a straight session of bossa nova jazz, but a record that maybe takes its title seriously – and served up a love letter to the Brazilian music style, but one that's got the very individual spirit of the leader in its groove! The record is a jazz date first and foremost, with Antero ... LP, Vinyl record album

Onyx
JMI, 2022. New Copy Gatefold
LP...$19.99 29.99
Vibist Sasha Berliner has a really great touch here – a style that's almost elliptical at times, as she builds and builds these waves of sound on the vibes – creating a magical flow that really makes the whole album a strong statement for her ever-growing talents! The lineup also helps ... LP, Vinyl record album