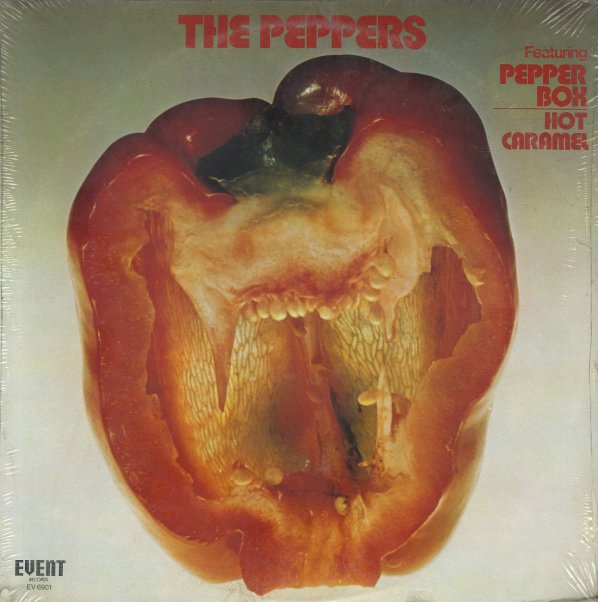 A full album of The Peppers' quirky moogy soul, with loads of funky instrumental tracks that have a cool little moog sound running through the top and a funky groove on the bottom. Some cuts have chorus vocals, but the album's mostly instrumental – a mix of moog and some funky and soulful rhythms, a bit cheesy at times, but always pretty darn nice! Includes the cuts "Athena Beach", "Pinch of Salt", "Hot Caramel", "Do It, Do It", and "Au Revoir".  © 1996-2021, Dusty Groove, Inc.
(Coverr has a cutout notch and some wear.)