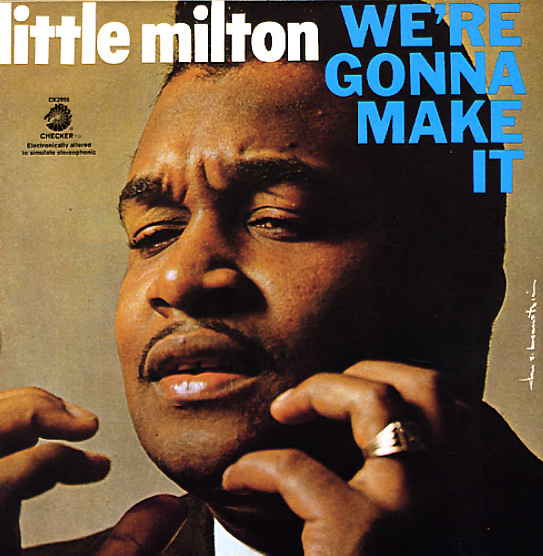 A classic Chicago crossover of blues and soul – a wonderful album from Little Milton, and one that's cut with some of the same sophisticated overtones as work by Bobby "Blue" Bland at the time! The backings here are superb – arranged by Phil Wright and James Carter with a fair bit of larger, jazzier horns – which stand in nice contrast to Milton's rougher-edged vocals – all in a blend that's completely sublime! The rhythms echo a fair bit of the Chicago soul modes of the time – nicely stepping along with a really slinky groove – and titles include some great originals, like "Ain't No Big Deal On You", "Life Is Like That", "Can't Hold Back The Tears", and "We're Gonna Make It".  © 1996-2021, Dusty Groove, Inc.
(80s Original Chess Masters pressing. Cover has a promo stamp.)