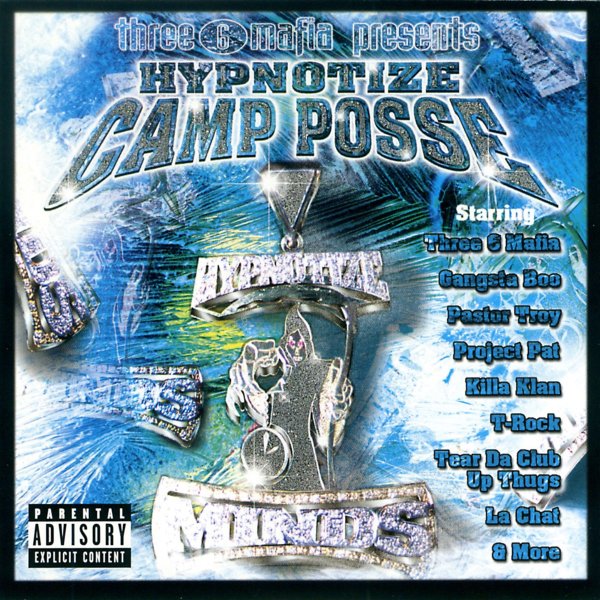 Three 6 Mafia blow things up with other members of their Hypnotize Minds label – creating a thug-heavy party that really pushes their sound over the top! At times, there's almost so many voices on the record, with so much energy, it feels as if the album's going to pop right out of your sound system and head to a back alley to settle up a few scores – maybe what you'd expect with a lineup that also includes Killa Klan, Gangsta Boo, Pastor Troy, Tear Da Club Up Thugs, T-Rock, and plenty of others! Titles include "We Ain't Playin", "We Bout To Ride", "Drive By", "Azz & Tittiez", "Die A Soldier", "Project Hoes", "Big Mouth Big Talk", "Don't Trust Em", and "Who Run It".  © 1996-2023, Dusty Groove, Inc.
(Limited edition colored vinyl pressing!)