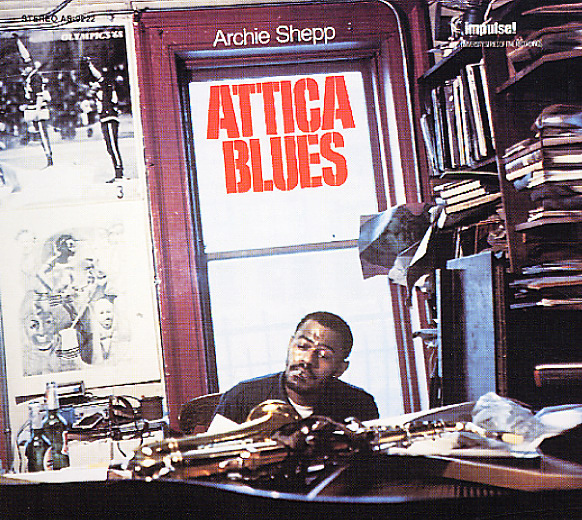 A classic of spiritual, soulful jazz – and one of Archie Shepp's greatest albums! The set was recorded in New York after a few free and festive years in Paris, and it's an amazing about-face that has Archie stepping into a world of righteous, full-on, political, and funky themes – the likes of which are far more outspoken than any of his previous recordings. The group on the set is quite a large one – hip New York underground players, a small string ensemble, and even a few singers – like soul diva Joshie Armstead and vocalist Joe Lee Wilson. Overall, the sound's somewhere in the same place as the Art Ensemble of Chicago's amazing Les Stances A Sophie – in that the record comes from a free jazz tradition, but moves into a more rhythmic focus in order to communicate its message. The added vocals and recitations are wonderful – very moving, and much less hippy-dippy than on other Shepp records of the time – and the whole thing holds together with a unique sound and substance that's made it a treasure that holds up again and again. A true gem, and one we'll never part with! Tracks include "Quiet Dawn", "Goodbye Sweet Pops", "Steam (parts 1 & 2)", "Attica Blues", "Blues For Brother George Jackson", and "Ballad For A Child".  © 1996-2023, Dusty Groove, Inc.