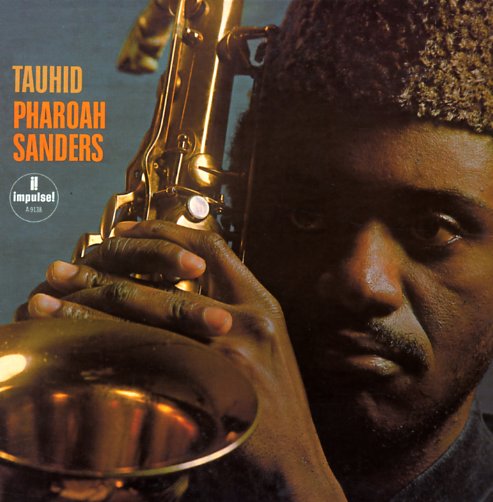 One of the first moments of genius from a young Pharoah Sanders – a set that builds on the energy of John Coltrane's Love Supreme generation – but takes it in a much more expansive direction! The album's got a sense of majesty that's years ahead of its time – righteous, positive, spiritual jazz that flows out with a timeless power, and a quality that almost out-Coltrane's Coltrane! All tracks are long, expressive, and freely flowing – building with a very organic sense of energy – totally free from any gimmicks or cliche. Players include Dave Burrell on piano, Henry Grimes on bass, and Sonny Sharrock on guitar – and Pharoah plays alto, tenor, and piccolo – and even vocalizes a bit. The album begins with the amazing "Upper & Lower Egypt" – which is a perfect illustration of the two sides of Pharoah's genius – free/out & spiritual/modal – and other titles include "Japan", and "Capricorn Rising".  © 1996-2023, Dusty Groove, Inc.