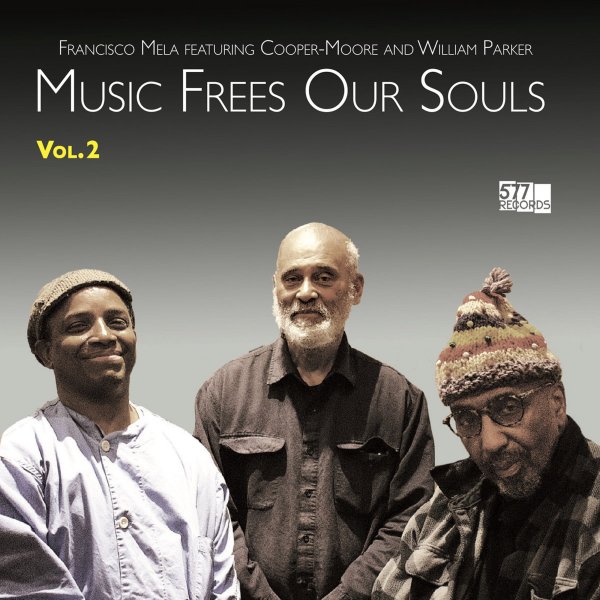 Also available
Francisco Mela with Cooper-Moore & William Parker — Music Frees Our Souls Vol 2 ... LP 20.99
There's a nice variation here to the previous album from Francisco Mela with this title – and that difference is pianist Cooper-Moore, who steps into the place that Matthew Shipp held in the previous trio – and brings all sorts of wonderful sounds and flavors into play! Mela's a great leader for the set – as his approach to the drums is as open and elliptical as the bass of William Parker and the piano of Cooper-Moore – who really has a way of circling around these sonic passages in a great way – almost slowly winding up, and pulling Parker and Mela along with him – then generating sparks that allows all three players to bristle with energy in all sorts of different directions. The set features two long tracks – "Musical Literacy" and "Mental Scenario".  © 1996-2023, Dusty Groove, Inc.