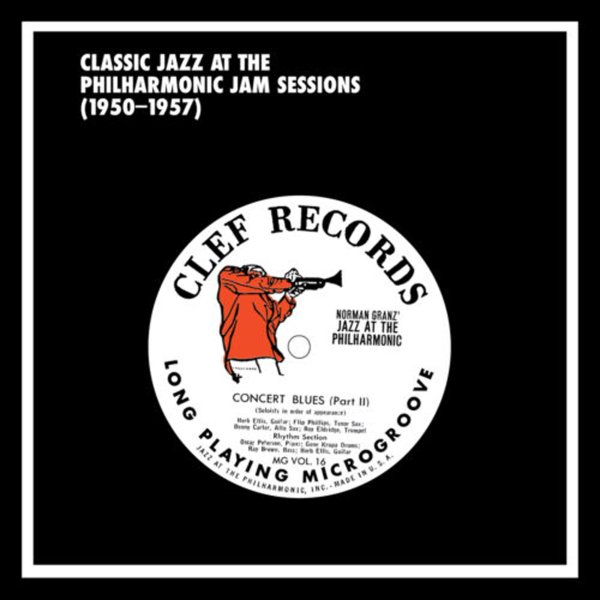 A much-needed collection of the famous Jazz At The Philharmonic performances of the 1950s – work that follows up the initial postwar run from producer/presenter Norman Granz, which helped lay the groundwork for Verve Records – but which hasn't gotten the full exposure it deserves! Unlike the 40s sessions, there's a lot of material here that never made it to CD – including tracks from the multi-record box set releases that included JATP volumes 11, 15, 16, and 17 – plus the Jazz Concert #1 album, Jazz At The Hollywood Bowl, and various Opera House sessions – and even the Lester Young Carnegie Blues record, which appeared later on vinyl! Some unreleased tracks have been added to the set too – and as with Mosaic Records at its best, this is less a reissue package than a proper presentation of material that was scattered out there in various formats – finally presented in the right order, with detailed notes, and really great sound. Artists are the cream of the crop of Verve at the time – Stan Getz, Ella Fitzgerald, Oscar Peterson, Lester Young, Coleman Hawkins, Roy Eldridge, Herb Ellis, Buddy DeFranco, Sonny Stitt, Benny Carter, Lionel Hampton, Gene Krupa, and others – plus some non-Verve artist surprises as well! Very limited, and comes with a huge booklet of notes and performance details too.  © 1996-2023, Dusty Groove, Inc.