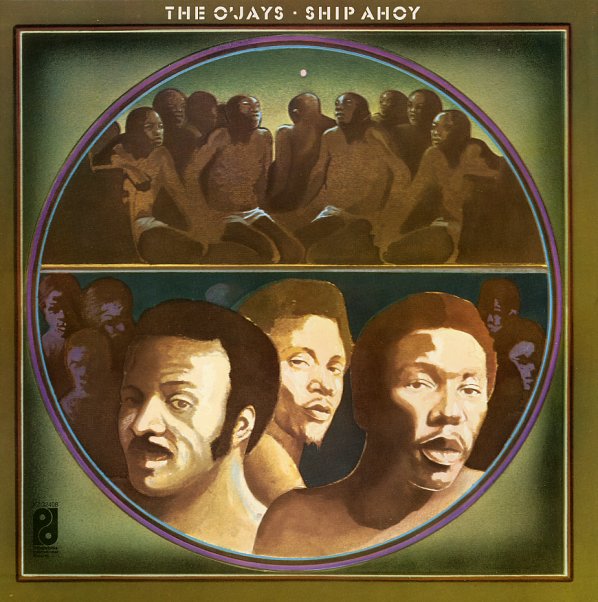 A pivotal album from The O'Jays – and an undeniable Philly classic! The record was the third the group cut for the Philadelphia International label – but it was really the first one that pushed their strong righteous soul agenda, sort of a mix of message-oriented lyrics and heavy soul (ala The Temptations), fused with the warmer more sophisticated styles of the Philly sound! The blend is perfect – and has a way of getting the message from the underground right into the living room – and a bit onto the charts as well! From the image on the cover – which features the group in a slave ship setting – to politics of tracks like "Don't Call Me Brother", "For The Love Of Money", "Put Your Hands Together", and "This Air That I Breathe", the record's an extremely unified effort – kind of to the O'Jays what What's Going On was to Marvin Gaye. Other titles include "You Got Your Hooks In Me", "Now That We Found Love", and "People Keep Tellin Me".  © 1996-2021, Dusty Groove, Inc.

O'Jays (Bell pressing)
Bell, 1968. Very Good+
LP...$5.99
This is the second version of an album that was first pressed under the title Back On Top – repackaged here with a slicker cover during the early 70s, to cash in on the fame that the O'Jays were having at Phily International. Although the group's Philly recordings are always touted as some ... LP, Vinyl record album