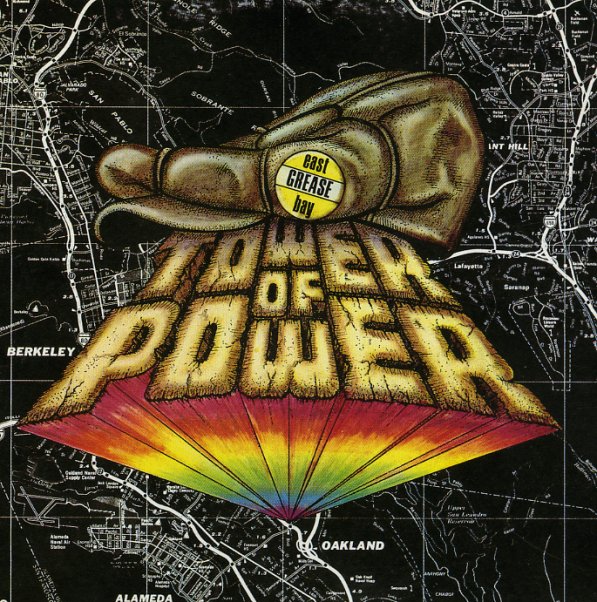 One of the first albums from Tower Of Power – and one of the funkiest, too – a set that really has the group working in a loose, spontaneous mode that's totally great – steeped in all the best elements of southern soul, but forged with a new sort of energy in the Bay Area scene at the start of the 70s! The tracks are nice and long, but never overly jamming – and the album's the start of a great run of classics from the group, and is still one of our favorites from them over the years. Titles include "Back On The Streets Again", "Sparkling In The Sand", "The Skunk, The Goose, & The Fly", and "Social Lubrication".  © 1996-2022, Dusty Groove, Inc.
(White label stereo promo. Cover has a name in pen both sides. Labels have a name in pen and Stereo stickers over the promo notice.)

Urban Renewal
Warner, 1974. Very Good
LP...$13.99
One of the best early albums from Tower Of Power – with kind of a funky choppy groove that feels like a San Francisco version of the Watts 103rd Street Rhythm Band, riffing away in a stoner funk mode that always sounds like it might go off slightly, but which always wobbles back on course. ... LP, Vinyl record album

First Take
Atlantic, 1969. Very Good+
LP...$16.99
What can we say? We've heard this one a million times, it sold over a million copies – but it's still incredible! The record is Roberta's first, and it features her in a mellow trio format, augmented by some occasional larger arrangements by William Fischer. At most points, though, the ... LP, Vinyl record album