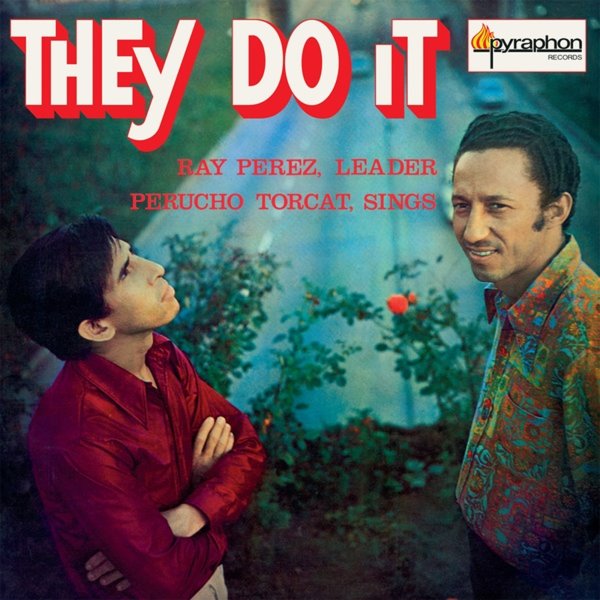 A really raw cooker from the great Ray Perez – an album that's overflowing with heavy percussion, hard-edged piano, and some mighty soulful vocals from Perucho Torcat – all with a vibe that feels like some lost New York indie Latin session from the mid 60s! The arrangements are nice and lean, with this great downturning sense of darkness on the piano at many spots – echoed by these really wonderful vocals from Perucho, who's often produced with a bit of echo – which makes some of his spoken expressions sound especially great! The record has a very lively, spontaneous vibe throughout – and titles include "Reproche", "Muchacho Loco", "Rompelo", "Son Montuno", "Palo Binito", "Lenga De Hacha", and "Echatelo Al Hombro".  © 1996-2023, Dusty Groove, Inc.

Gozando (180 gram pressing)
Mag/Vampi Soul (Spain), Mid 60s. New Copy (reissue)
LP...$29.99 33.99
A complete killer from the Peruvian scene of the 60s – a set that shows just how special it is when the leadoff descarga track breaks into a searing saxophone solo within the first few seconds! Things don't let up after that – and Al Valdez keeps things moving and grooving at a level ... LP, Vinyl record album

Baile Ud Con Betico Salas
Mag/Vampi Soul (Spain), 1966. New Copy (reissue)
LP...$29.99 33.99
That's Betico Salas on the cover – a hell of a trumpet player, and one who really sets the tone for this rare album from the Peruvian scene! The record's very much in the best small combo mode of the New York scene of the time, but also has some unique South American touches too – some ... LP, Vinyl record album

Arecibo
Mag/Vampi Soul (Spain), 1969. New Copy (reissue)
LP...$29.99
A really cool record, and one that uses the Cuban tres in a style that's nicely different than more traditional modes – often blending it with some of the hipper small combo Latin elements that had popped up on the New York scene in the mid 60s, which gives the instrument a very different ... LP, Vinyl record album

Conjunto Ingenieria
El Palmas (Spain), 1960s. New Copy
LP...$32.99 36.99
The cover's a bit stark, but the music is warm and wonderful – a collection of cuts by an obscure Venezuelan group of the 60s – a Latin combo who were originally formed by a bunch of engineering students – hence the name of the group! The music's not the stuff of slide rules and ... LP, Vinyl record album

Descargas (180 gram pressing)
Mag/Vampi Soul (Spain), 1968. New Copy (reissue)
LP...$26.99 29.99
Amazing Latin grooves from the Peruvian scene of the 60s – an a record that well lives up to its "descarga" title! Congolero Coco Lagos may hail from Lima, but he's got a sound that's right up there with the best of the New York scene of his generation – a hard-hitting and ... LP, Vinyl record album