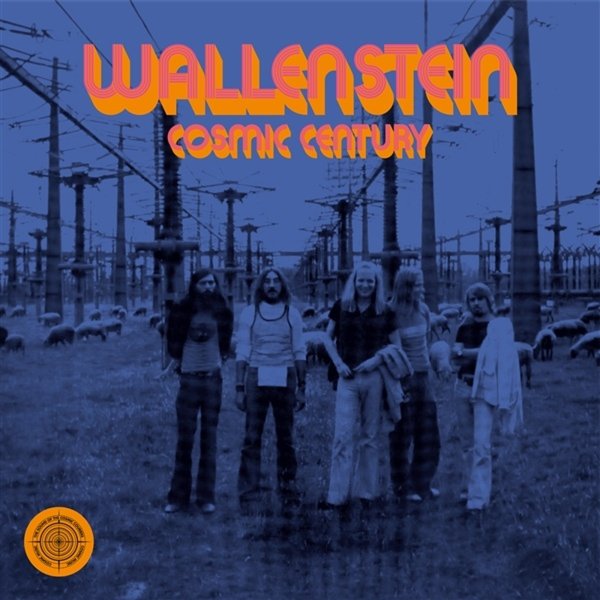 Wallenstein open up their sound a bit more here – starting off with a side-long suite billed as the "symphonic rock orchestra", and which features just the sort of touches that name might make you expect – a bit added strings, mostly through mellotron, but also a wider, fuller sound overall too – as if the group are ready to explore space that's a lot deeper, but with all the jamming energy of their previous album! As before, singer Jurgen Dollase seems to bring in some of the best elements here – lots of keyboards, and a bit of vibes – yet the guitar work of Bill Barone is great too, and he really steps out with some great complex solo passages. Titles include "The Marvelous Child", "Song Of Wire", "The Cosmic Couriers Meet South Philly Willy", "Silver Arms", and "Grand Piano".  © 1996-2023, Dusty Groove, Inc.

Vivre La Mort Du Vieux Monde
Vogue/Souffle Continu (France), 1970. New Copy (reissue)
LP...$28.99 32.99 (CD...$13.99)
The only album ever issued by this incredible group from the French scene – a quintet of musicians who were really caught up in the powerful political energy of the post-1968 scene! The record is maybe even more revolutionary than some of the sets issued on artier labels like Saravah or BYG ... LP, Vinyl record album

Paradieswarts Duul
Ohr (Germany), 1970. New Copy (reissue)
LP...$27.99 29.99 (CD...$15.99)
The last album from the first version of Amon Duul – a set that's very early in the Krautrock generation, and also has a standard-setting quality that makes it one of the best from the time! There's a really compelling blend of acoustic and electric elements going on here – percussion ... LP, Vinyl record album