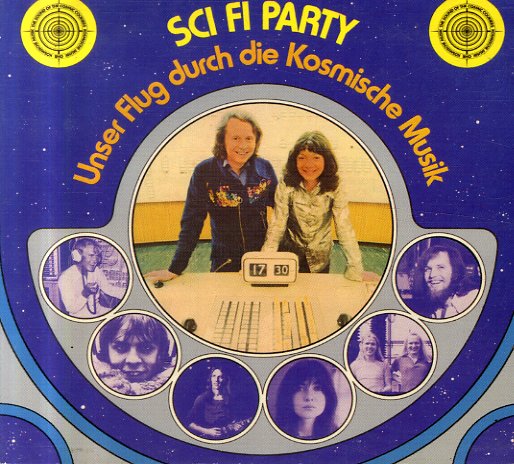 A totally wonderful little record – one that really lives up to the sci-fi party promised in its title – but with all the German 70s elements you'd guess from the cover! The quintet here is a supergroup of Krautrock giants – a lineup that includes Manuel Gottsching on guitar, Klaus Schulze on drums, Jurgen Dollase on keyboards and vocals, Harald Grosskopf on drums, and Dieter Dierks on bass – the last of whom produced the set with all sorts of electronics, effects, and other weird touches – at a level that maybe even blows away some of the 70s production of Conny Plank! Titles include "Der Herrscher", "Kinger Des Alls 1", "The Electronic Scene", "Planeten Sit In", "Interplay Of Forces", and "The Cosmic Couriers Meet South Philly Willy".  © 1996-2023, Dusty Groove, Inc.

Dreamlab
Die Kosmischen Kuriere (Germany), 1975. New Copy (reissue)
LP...$27.99 29.99
A cool little record that's as slinky and sexy as you might guess from the cover – 70s Krautrock, but done in this laidback mode that often has the instruments slowly coming together in an organic way – never jamming too much, but hitting this really sublime swirl of acoustic guitars, ... LP, Vinyl record album