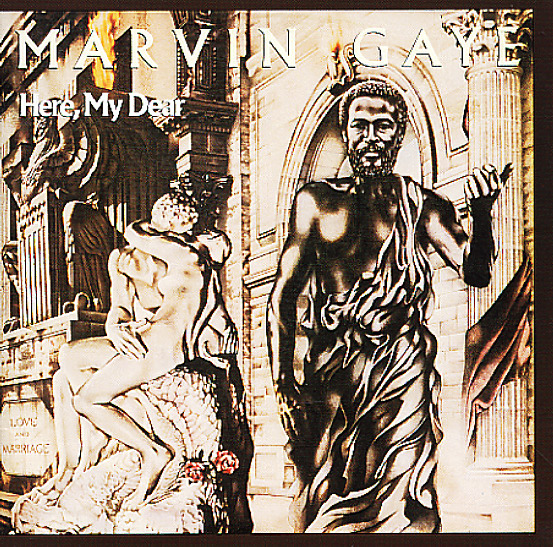 Wonderful stuff – and one of our favorite-ever Marvin Gaye albums! This is the legendary two-record set that Marvin wrote and recorded as an alimony payment to his ex-wife Anna Gordy (the story's pretty long, and we won't get into it here – suffice it to say that when stars get a divorce, watch out!) Although the album was thought of as a no-brainer quickie at the time – and predicted to fail so that Anna wouldn't get any cash from it – the record is an extremely well-crafted one, filled with extremely personal songs that also have a warm soulful finish, in the style of Marvin's work on the LP I Want You (which is kind of a nice bookend to this one – as it was an extended love poem to the young girlfriend that caused him to split up with Anna!) Hard and soulful, the record's a searing testimony to the relationship between Marvin and Anna, and a painful document of the troubles between them – set to some mellow grooves that are easily some of Marvin's greatest of the 70s! The set's filled with great "lost" Marvin Gay songs, too – like "Sparrow", "When Did You Stop Loving Me", "Anger", "You Can Leave, But It's Going To Cost You", and "Time to Get it Together".  © 1996-2022, Dusty Groove, Inc.
(Original gatefold pressing. Cover has light wear and a cutout notch, but looks great overall.)