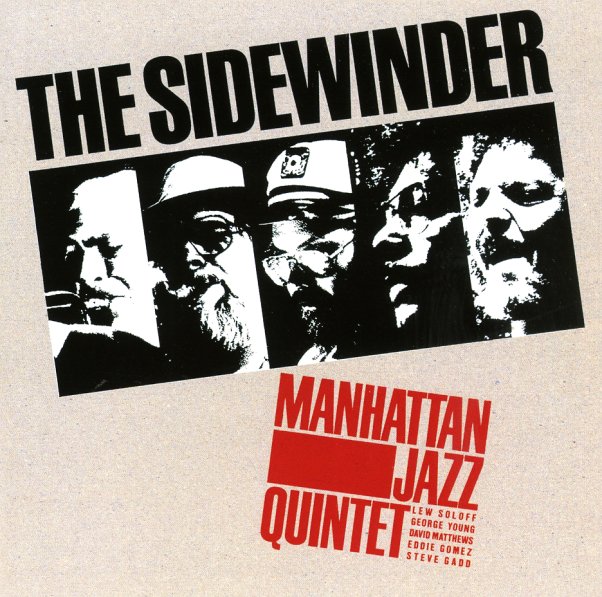 The album's titled after a classic song by trumpeter Lee Morgan – a great choice, given that the trumpet of Lew Soloff is such a strong force in the group – blowing bold, bright, and maybe more full of energy than on another setting we think we've heard him in! And the tenor of George Young is no slouch, either – an instrument that really comes into its own on albums like this – where it soars soulfully on some very long and wide open solos! The group's led by pianist David Matthews, who also did the arrangements – and features Eddie Gomez on bass and Steve Gadd on drums – on titles that include "Sidewinder", "Big Apple Jam", "Love For Sale", "Bed Time Eyes", and "Django".  © 1996-2023, Dusty Groove, Inc.
(Out of print, includes obi. 90s Japanese pressing.)

Firefly
CTI/King (Japan), 1977. Used
CD...$11.99
A rare CTI entry from funky flute master Jeremy Steig – a musician whose style is a great fit for the label! There's more of an electric vibe here than on Steig's earlier records – but that creates a nice current of soul that really helps things take off in a nicely different way. The ... CD

Anything Goes
Kudu/King (Japan), 1975. Used
CD...$14.99 18.99
Ron Carter gets sweet and funky on this 70s classic for Kudu Records – a set that's a fair bit different than some of Carter's acoustic trio sides of the decade, or some of his more high-concept work in recent years! The approach here is free and flowing – larger arrangements penned by ... CD