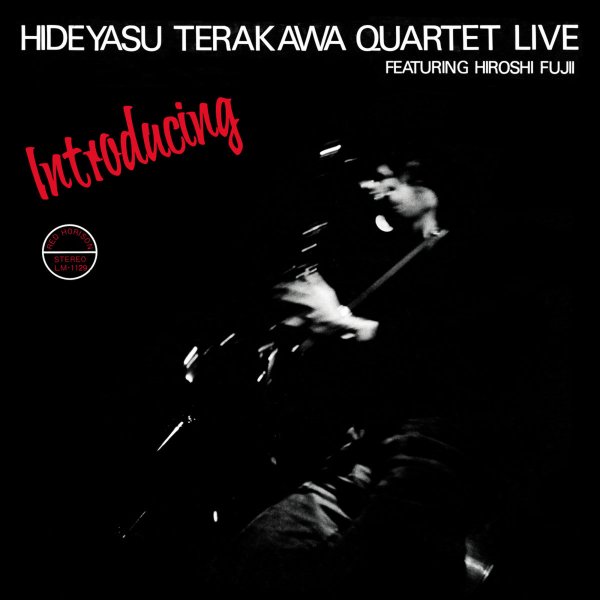 Also available
Hideyasu Terakawa — Introducing Hideyasu Terakawa Quartet Live – Featuring Hiroshi Fujii (45rpm double LP pressing) ... LP 39.99
A rare and beautiful set from the Japanese scene of the 70s – a record that features tenor and soprano sax from Hideyasu Terekawa, and vibes from Hiroshi Fujii – a wonderful combination, and a pair of players who really open up in the live setting of the record! The tunes are mostly jazz numbers penned by others, but the pair really make them their own – thanks in part to some warm rhythms from drummer Aki Hiro Nakaya and bassist Tetsuo Miura, the latter of whom has this great way of wrapping around the performance and guiding it gently. Things are nice and open at times, with plenty of room for solos – and titles include "Black Nile", "Simone", "Rerev", "I Remember Clifford", and "Stella By Starlight".  © 1996-2023, Dusty Groove, Inc.