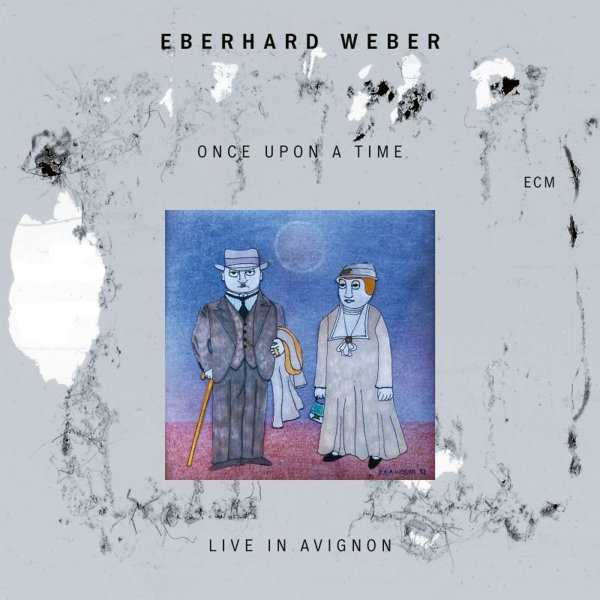 Bassist Eberhard Weber's recording legacy for the ECM label that goes back decades – and here, he's still very much at his best, working in a solo setting that was initially recorded live in the 90s – with a tremendous sense of tone, control, and phrasing throughout! Weber was one of the key players to really shape bass notes in a newly musical way during the early years of his career – and that quality really comes through here, and with a mixture of organically melodic moments that still have this layer of complexity too – almost at a level that will have you wondering if Eberhard doesn't secretly have another musician hiding out with him on stage – as there's a richness to the sound that's really breathtaking. If you've never fully grasped the talents of Weber as a musician, this is a record that will really open up your ears – with titles that include "Silent For A While", "Delirium", "Air", "Trio For Bassoon & Bass", "Pendulum", and "My Favorite Things".  © 1996-2023, Dusty Groove, Inc.
(Includes slipcase.)

Promises Kept
ECM (Germany), 2004. Used
CD...$9.99
One of the darkest Steve Kuhn albums we've ever heard – a record of introspective piano lines, set amidst contemplative orchestrations from Carlos Franzetti! The style is incredibly moving – bringing a depth to Kuhn's work that we haven't heard in years – an approach that has him ... CD

Remembering Weather Report
ECM, 2009. Used
CD...$7.99
Bassist Miroslav Vitous was a key member of the legendary combo Weather Report, so he's obviously a great choice to head a record like this – but the sound of the album's quite different than any easy fusion expectations you might have, put together in ways that definitely showcase the ECM ... CD