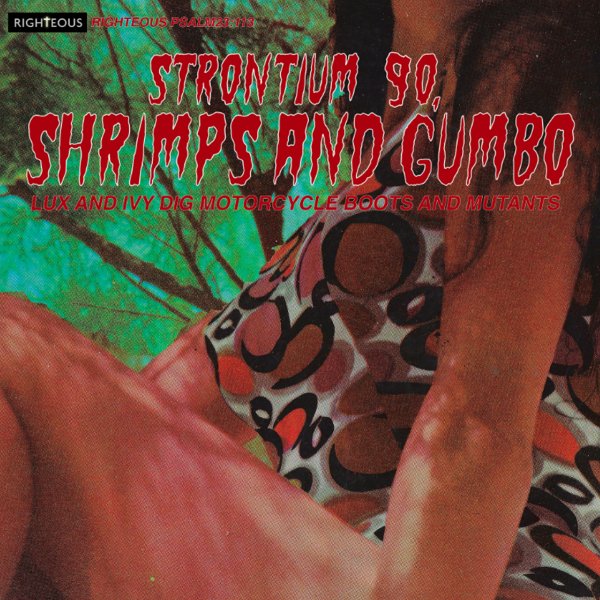 The title's a bit confusing, but the set's got Lux & Ivy going right back to the roots of the weird, wonderful sounds that inspired their music in The Cramps – offbeat, hard-edged 45s from the glory days of the 7" single – served up here in a range of styles, on a range of topics – all of which sound pretty darn wonderful together! There's definitely some raw soul numbers in the mix, next to rough-edged rockers, twang-heavy guitar tunes, and plenty more – all from an array of very small labels from the late 50s and early 60s. Titles include "Upturn" by Eddie Smith & The Hornets, "Payday" by Terry Richards, "Relief Check" by Bobby Sue & Her Freeloaders, "You Tell Her I Stutter" by Jimmy Lee Prow, "Nag" by The Halos, "Iggy Joe" by Willie Ward, "Party Line" by Kip Shane, "Two Cats & A Mouse" by Mickey Mandolin, "Fidel Castro Rock" by Danny Williams, "Jazz Vs Rock & Roll" by Woody Byrd, and "Magic Carpet" by The Aladdins.  © 1996-2023, Dusty Groove, Inc.