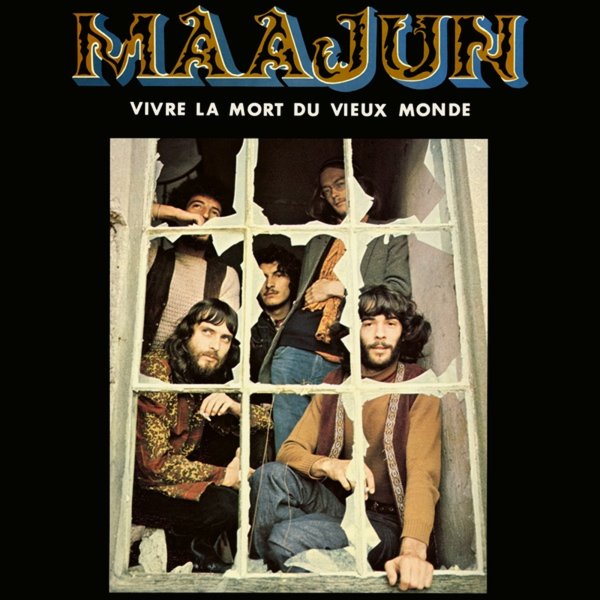 Also available
Maajun — Vivre La Mort Du Vieux Monde ... LP 28.99
The only album ever issued by this incredible group from the French scene – a quintet of musicians who were really caught up in the powerful political energy of the post-1968 scene! The record is maybe even more revolutionary than some of the sets issued on artier labels like Saravah or BYG – as these guys are completely unbridled in their approach, and have no qualms about mixing psychedelic and folk elements, rock and art statements – leaping from track to track with a frenetic energy that's completely captivating all the way through! There's plenty of fuzzy guitar on the record, but that might give way to accordion, acoustic guitar, off-tune piano, or all sorts of other elements – used almost theatrically to match the spirit of the vocals. Titles include "Advertissment", "L'Orgasme", "Passage Cloute", "Le Crepuscule Des Alchimistes", and the side-long "La Longue Marche".  © 1996-2023, Dusty Groove, Inc.