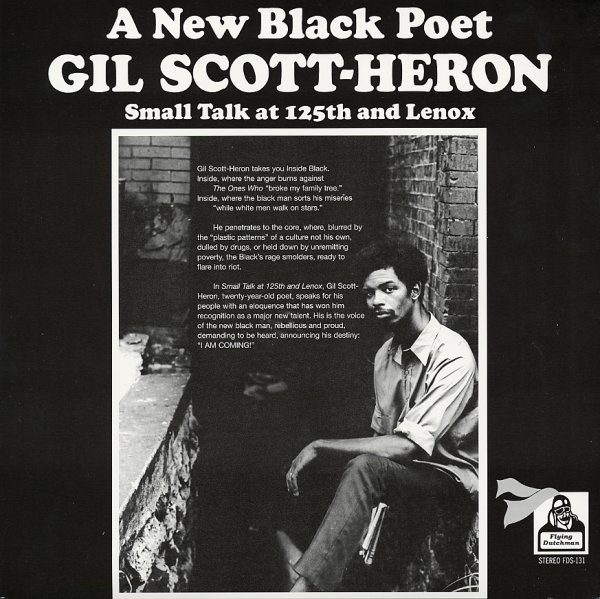 The first-ever album from Gil Scott-Heron – and a perfect bridge between the world of his writing and the years to come of musical transformations that would forever change the American scene! The set's not the warm, jazzy soul of some of Gil's later records – and instead, there's a really raw vibe, mostly with Gil speaking instead of singing – often with just heavy percussion at the core, and these really righteous words served out over the top! All the work is his own, and the album's a showcase for his brilliant protest poetry – the most famous example of which is included in "The Revolution Will Not Be Televised", which leads off the album with an especially righteous groove! The set's a key link in the African American musical tradition of the 20th century – and proof that the underground, while not always afforded a good place in the broadcast markets of the US, could always burst forth in the "narrowcast" medium of recorded music. A landmark album – one we like even better than the early work by the Last Poets – and great all the way through! Tracks include "The Revolution Will Not Be Televised", "Whitey On The Moon", "Who'll Pay Reparations On My Soul?", "The Subject Was Faggots", and "Brother".  © 1996-2023, Dusty Groove, Inc.