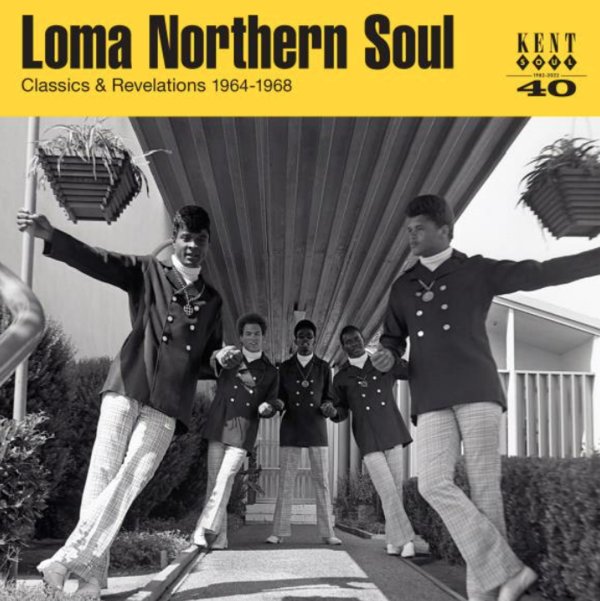 Mid 60s magic from a record label that only lasted a few short years – yet one that's gone on to have as much prominence for real soul collectors as the music of Atlantic and Motown! Loma Records was a small offshoot of Warner Brothers on the west coast – yet one that worked far from the hit territory of its parent company, and instead captured all these wonderful groups and singers who might never have gotten exposure otherwise – a few of whom would go on to record later for bigger labels, but most of whom lost the chance for fame once Loma closed its doors! The quality of the music here is incredible – really top-shelf productions, at a level that rivals some of the best Detroit studios of the time, mixed with some of the cool class of Chicago soul as well – served up in a style that works equally well for vocal groups and solo singers. And while Loma recorded some deep soul cuts during this period, this set focuses on the more upbeat numbers – as you'd guess from the "Northern" in the title – served up in a collection that not only features rare singles, but also a few unissued tracks too! CD set features 25 tracks in all – and include "Mean It Baby" by Carl Hall, "You Can't Outsmart A Woman" by Kell Osborne, "I'm Getting Weaker" by The Soul Shakers, "My Heart Needs A Break" by Linda Jones, "Bright Lights" by Delilah Kennebreuw, "Runnin Around" by Tony Amaro & The Chariots, "Baby Don't Look Down" by Billy Storm, "The Big Jerk (part 1)" by Clyde & Teh Blue Jays, "Better Think Of What You're Losing" by Tommy Starr, "The Man With The Golden Touch" by Charles Thomas, "Got A Thing Goin" by The Invincibles, "It's Your Love That I Need" by The Marvellos, "Just A Little Longer" by The Enchanters, "I'll Find A Way" by Bobby Reed, "Go For Yourself" by Larry Lester, "See The Silver Moon" by The Apollas, "Lies" by Bobby Freeman, and "If You Should See Her" by Ben Aiken.  © 1996-2023, Dusty Groove, Inc.